A Lyle man who struck another vehicle while driving under the influence in February has pleaded guilty in the incident. 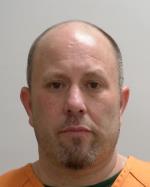 Court documents state that a Minnesota state trooper and Mower County deputies were dispatched to a motor vehicle collision with injuries at about 12:47 p.m. on Feb. 14 on Highway 218 in Lyle Township, north of the City of Lyle. The Lyle Fire Department, Lyle First Responders and Mayo Ambulance also responded to the scene.

First responders observed two cars in the roadway: a 2007 Pontiac Grand Prix was across the northbound lane, facing west, and a 2008 Subaru Outback was in the middle of the road and facing south. The Pontiac was unoccupied and the driver, Frank, was in an ambulance. In the meantime, rescue crews were removing the Subaru’s driver, an adult female.

Frank said he had been driving south to his home in Lyle when the crash occurred. The trooper detected a strong odor of alcohol coming from Frank’s breath. Frank admitted he had consumed alcohol in the morning before he left for work in Lansing Township. He said that once he got to work, he decided not to stay there and he started driving back home.

Frank denied that he had consumed alcohol at his workplace or while he was driving home. He was then transported by ambulance to Mayo Clinic Health System – Austin.

Two adult witnesses reported that they were driving behind Frank’s Pontiac and observed it cross the center line and the fog line several times. The witnesses said Frank then crossed into the northbound lane of traffic and crashed into the Subaru.

The trooper was unable to interview the driver of the Subaru due to her severe injuries. The Subaru’s driver was transported to Mayo Clinic Hospital, St. Marys Campus-Rochester by a Mayo One helicopter.

Another trooper made contact with Frank at Mayo Clinic Health System – Austin. Frank said he last consumed alcohol at about 8 a.m. The trooper observed that Frank had bloodshot watery eyes, a moderate odor of alcohol, and slurred his speech.

The trooper then served a search warrant on Frank for a sample of his blood, which was drawn at approximately 2:52 p.m. and then sent to the Bureau of Criminal Apprehension laboratory for analysis. On April 9, the trooper received Frank’s toxicology results, which revealed an ethyl alcohol concentration of 0.104 grams per 100 milliliters of blood (blood alcohol concentration of 0.104 percent).

A review of Frank’s criminal record shows a prior conviction for DWI in 2001.

Frank will be sentenced on Jan. 28.