Those big plays took the wind out of Austin’s sails as the Packers never got back within single digits.

“That’s all we talked about at halftime and after the game. Their big plays got us tonight,” Austin head coach Ed Schmitt said. “We were out of position a few times and those are things we can fix. We’ll get back to work. Their heads are where they need to be right now.”

Even after the game had been decided, Austin junior Gage Manahan kept on pushing. He fought for the extra yards by breaking several tackles on a 34-yard catch that set up an 11-yard TD dash by Teyghan Hovland on fourth and goal.

Manahan said the Packers are not even thinking about giving in with just one game remaining in the regular season.

“I can just taste a victory. I want it so bad. We want to win and we’ve talked about it all week. We’re just aching for a win. We have a great team, we just have to work together. When we have one bad play, we’ve got to work to get back into it,” Manahan said. “I think it’s just working as a team. We’re pushing each other, but we aren’t really coming together as a whole. We’re working on our individual parts instead of working together.”

Austin sophomore Jack Lang threw a five-yard TD to sophomore Tommy Fritz in relief of Hovland with 3:14 left in the game.

JM (2-3 overall) went three-and-out on its first drive and a high snap led to a safety that put the Packers up 2-0 early.

The Packers will wrap up their regular season when they host Mankato East at Larry Gilbertson Track and Field at 7 p.m. Wednesday.

The game is being played on that field since the dome will be up over Art Hass Stadium next week. 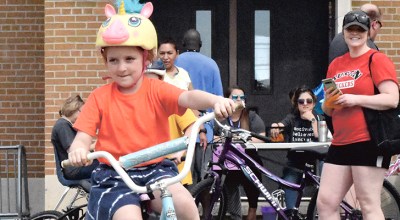