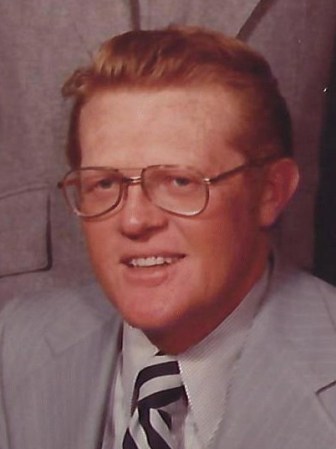 Gary was born on April 9, 1938 in Olmsted County, MN. He was raised by his parents, Luther and Opal (Spiten) Larson, on their family farm, along with his siblings Kenneth, Roger, and LouAnn. He attended District 91, a one room schoolhouse, through 1952, after which he attended Austin High School. In his youth he enjoyed participating in 4-H and outdoor adventures with his brothers and local friends, usually involving hunting and fishing. He enjoyed time with his numerous aunts, uncles and cousins who supported and encouraged him. After graduating high school in 1956, he joined the United States Army. Gary was located on the Nike missile site on the shore of Lake Michigan in Chicago after completing basic training at Fort Chaffee, Ark. and receiving additional training. He made many friends in the Army and immensely enjoyed reunions with them individually or as a group. After the Army he attended Austin Jr. College and the University of Minnesota, graduating with a Bachelor of Business Administration degree in 1964. His summer job in Alaska surveying for the State of Alaska near Valdez, Alaska, provided material for lots of great stories.

After college he took his first job with American Hoist & Derrick, followed by Union Carbide, selling mostly in the Milwaukee and Chicago area. He did surveying for Jerry Lee Tiling in rural Dexter. He worked for and then bought Colorado Mold Supply, a business distributing injection molding and machining supplies based in Denver and El Paso. In 2012 he sold the business to his nephew Eric and returned to Minnesota in his retirement. Although Gary spent much of his adult life outside of Minnesota, Sargeant and Hayfield were always home to him. He enjoyed the small-town atmosphere, farmers chatting over coffee in the cafes, lutefisk suppers, and reuniting with old friends. He was a founding member of The Oaks golf course and a lifelong member of Evanger Lutheran Church.

Gary always enjoyed a good prank on family or friends, ordering a gigantic dessert for an unsuspecting nephew or putting $100 in what was supposed to be a gag gift. He wanted people to have a good time. He was also very generous. He loved taking his employees to Alaska. He bought airplane tickets for family and friends to join him in Mesa, Arizona, where he spent many winters, as well as for other trips, including some international trips. He loved giving extravagant gifts to his niece and nephews and other youngsters and was eager to pick up the check at the end of a meal.

Gary was proud of over 35 years of sobriety and of being a cancer survivor who outlived initial expectations by over 30 years. Most recently he lived at Crest View Villa in Hayfield as his health deteriorated and he could not live alone.

He was preceded in death by his parents and grandparents, infant brother Steven Larson and nephew Greg Larson.