‘Every case of flu prevented is worthwhile’ 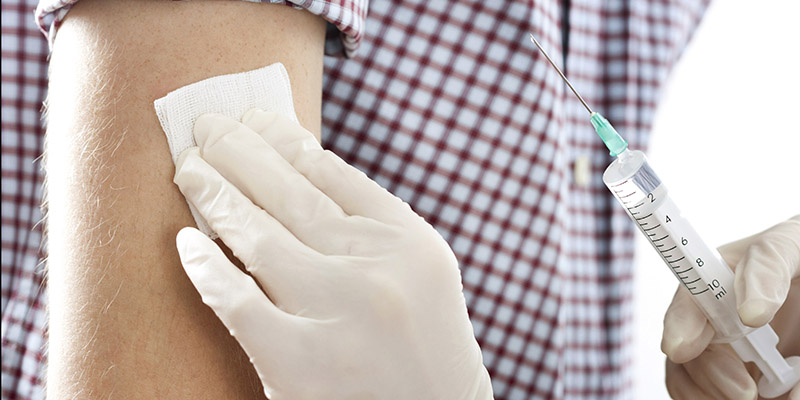 As the beginning of the peak flu season approaches, Mayo Clinic officials are expressing concern about the number of individuals that remain unvaccinated in southeast Minnesota.

“We’re already seeing cases of influenza in Minnesota,” said Dr. Robert Jacobson, M.D., pediatrician and vaccine researcher at the Mayo Clinic Children’s Center. “We know our season begins between December and March, but there are cases that occur year-round. We’ve been vaccinating vigorously across southeast Minnesota, but unfortunately this year we’re not achieving the rates that we’d like to achieve.”

According to Jacobson, up to 20 percent of people will contract influenza whether they have had the flu vaccine or the flu in previous years. This is because the flu virus genetically drifts over time and the flu this year is different from the strains of previous years, which is why an annual vaccine is needed to prevent it.

Out of the half million people that live in the area, about 36 percent have been vaccinated, according to the Southeastern Minnesota Immunization Connection. Jacobson said this is less than in previous years.

“We were not able to go into the schools in Olmsted and Mower County to vaccinate,” he said, noting that 3,000 fewer children have been vaccinated this year than at this point last year. “We’ve also had to hold our flu vaccine program differently. We had to hold it by appointment at centralized locations so that large groups of people could do it safely, socially distanced, masked and screened for COVID-19 before they could come in.”

Jacobson also expressed concern about people mistaking the flu for COVID-19 because of their similar symptoms.

“This year is more important because the flu has symptoms that mimic the COVID-19 infection,” he said. “With the cough and fever of flu, we’re going to have a lot of people succumbing to the flu thinking it’s COVID-19 and rightfully getting tested.”

Jacobson pointed out that while both can result in a cough and fever, the flu shows up a day or two after exposure, while COVID-19 takes two to 14 days. He also said Mayo is seeing higher rates of severe disease, hospitalization and death with COVID-19, which spreads faster and affects more people when exposed.

There is also evidence that getting flu and COVID-19 at the same time puts you at higher risk of complications, Jacobson said, adding that Mayo is developing a test that can check for COVID-19 and flu simultaneously, which he believes will be ready in the coming weeks and months.

Mayo hoped to have widespread influenza vaccination done by the end of October, but Jacobson said for those who are not vaccinated, now is the right time to get a flu shot. The flu vaccine takes anywhere from two to four weeks to take effect and lasts the entire season for most individuals.

“Every case of flu prevented is worthwhile,” he said.

The Mower County Department of Health and Human Services will be holding a free flu vaccination clinic from 11 a.m. to 7 p.m. on Thursday, Nov. 19, at the Austin Holiday Inn Conference Center.

Flu vaccines will be offered for anyone ages 3 and older. Because the vaccines are offered free of charge, no insurance is required.

Registration is required and can be done on the Mower County website at co.mower.mn.us.