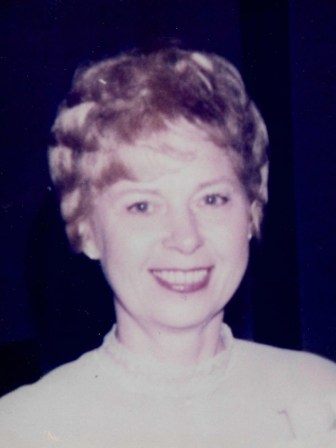 Dolores R. Olson, 88 of Austin, Minnesota, passed away at her daughter’s home in Austin on Thursday, November 19, 2020.

Dolores Roxanne was born September 27, 1932 in Austin, Minnesota to Wilbur and Laverna (Babb) Mickelson. Following high school Dolores completed her beautician training at the Duluth Beauty School, where her mother was an instructor.

On August 4, 1951 she was united in marriage to Burnell Elvin Olson at St. Olaf Lutheran Church in Austin. They resided their entire married life in Austin, where they raised their family of five children. For many years Dolores owned and operated “Dee’s Styling Corner” out of the basement of their home. She also worked as a nursing assistant, and later served as the beautician at St. Mark’s Lutheran Home. Dolores and Burnell were also devoted foster parents to many children.

Dolores was a faithful member of St. Olaf Lutheran Church. Together her and Burnell enjoyed card club, square dancing, camping with their children, and travelling throughout the United States. A favorite destination twice a year was Branson, Missouri.

Private family services are planned. Interment will be in Oakwood Cemetery. Memorials are preferred to the Alzheimer’s Association (www.alz.org). Clasen-Jordan Mortuary is handling funeral arrangements.