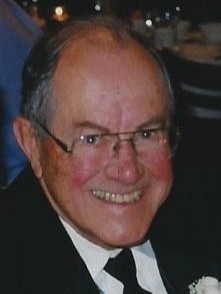 Dennis Charles Frederickson, 89, of Mesa, AZ passed away Saturday October 24, 2020 at the Hospice of the Valley at Friendship Village in Tempe, AZ. He was born May 28, 1931 in Viborg, South Dakota, to Dell Clifford and Anna Marie (Hansen) Frederickson. He was the eldest of 4 children and grew up on the family farm near Viborg. Dennis graduated from high school in 1949 and then attended South Dakota State College in Brookings from 1950-54 where he received a Bachelor of Science degree in Agriculture/Animal Husbandry. After college he served in the U.S. Army 12th Infantry Regiment and was a platoon leader based at Fort Richardson in Anchorage, Alaska from 1955-56. He also served 6 years in the Army Reserves and attained the rank of Captain. While in the Reserves he travelled across this nation with the U.S. Army Rifle Team and was awarded the U.S. Army Distinguished Rifleman Medal (the most coveted award in rifle marksmanship) in 1962. This medal was first awarded in 1884 and fewer than five percent of the shooters who have competed for this award have won it.

Dennis married the late Janice Hadenfeldt of Storm Lake, IA on August 8, 1954 and they were blessed with three children Scott, Denise & Gary. The children have many fond memories of summer camping trips, fishing, and canoeing in the Boundary Waters Canoe Area. They were fortunate to visit over 30 states including Alaska.

On May 31, 2004 he married Marybeth Faris of Denver, CO, who tragically passed away 2 years later.

Dennis met Audrey Coger of Mesa, AZ and they later married on May 16, 2009 in Mesa and they lived in Spring Grove, MN and Mabel, MN, Alamo, TX and most recently Mesa, AZ. He was able to spend his last years enjoying life with his wife Audrey and meeting new people.

Dennis had a 35 year career working for Hormel Foods as a Livestock Buyer in several rural towns and also a supervisor at the Austin, MN plant. He very much enjoyed visiting with area farmers and made many friends through the years.

Dennis loved the Lord and served in many leadership positions in the church, was a past member of the MN State Horticulture Society and enjoyed gardening. He was elected as Division 2 Lieutenant Governor of the Austin, MN Kiwanis Club. Through the years he had a love of raising Welsh ponies and was able to drive the ponies & their hitches and participate in several area parades with Curt Wennes of Mabel. The highlight for him was when Curt invited him to be in the Fiesta Bowl Parades in 1993 and 1999. Dennis was definitively a “people person” and his favorite pastime was meeting new people and getting to know them. His family fondly remembers him for all his corny Ole and Lena jokes that were just as funny to him the 2nd & 3rd times around.

Funeral services will be held Wed. November 18, 2020 at 2:00 pm at Calvary Evangelical Free Church, Spring Grove, MN with visitation one hour prior to the service. Pastor Kevin Barnhart will officiate and a private burial with the immediate family will follow. Military rites and honor guard will be by Spring Grove American Legion Post 249 & Mabel Legion Post 299. Interment will be next to his first wife, Janice, at Trinity Lutheran Cemetery in Spring Grove.

In lieu of flowers, his wife Audrey wishes to remember Dennis with memorials to the Rio Grande Bible Institute in Edinburg, Texas which was near and dear to their hearts. This college trains Christian leaders and missionaries for the Spanish-speaking church.

Mengis Funeral Home of Mabel, MN is assisting the family with arrangements.