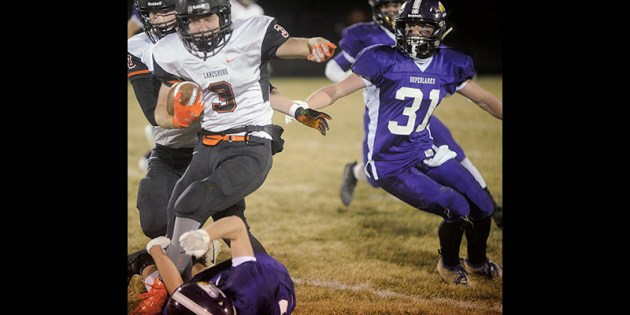 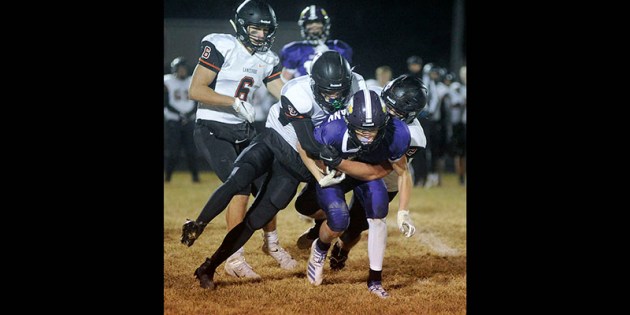 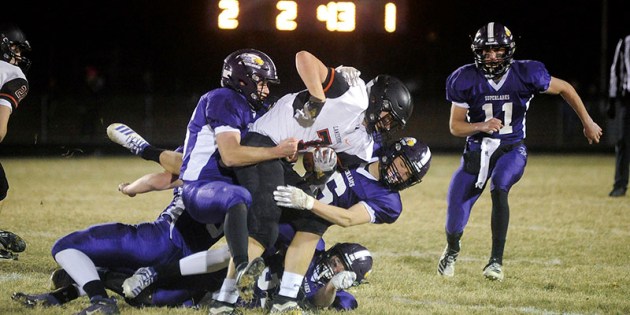 GRAND MEADOW — The Superlarks were short on players, but not short on drive.

Still, they couldn’t make up for the absence of many of their key playmakers as they lost to Lanesboro 16-12 in the Section 1 Nine Man title game in GM Friday night.

The Superlarks were playing without five starters and a total of nine upper classmen were out due to a COVID-19 contact trace, but they didn’t back down.

“We’ve had to adapt this whole year. We worked hard in practice and we knew what we had to do,” Oehlke said. “It sucks a lot. It’s a bad feeling, but I’m glad the way we came out and played. We could’ve given up so easily, but we came out and competed with the guys we had. We had kids who never played any varsity minutes before tonight make their name heard.”

Oehlke had a 49-yard run that set up a Daniel Smith three-yard TD late in the third quarter, but that was the last time GM would run a play in Lanesboro territory.

GM head coach Gary Sloan said that his team showed up and played on a night when things were tough.

“I’m just really proud of the character our guys showed. They played as hard as they possibly could and they hung right with them,” Sloan said. “We ask so much of those kids and I’m proud of every one of them. Evan was great for us. He had to play defense tonight and usually he doesn’t do that for us.”

The Burros went 70 yards on 13 plays on their opening drive as Rein converted a two-yard TD to five Lanesboro an 8-0 lead.

GM was stopped on fourth down inside Lanesboro’s 30-yard line on consecutive possessions but it finally got on the board when Taylor Glynn hauled in an Oehlke dart in the corner of the end zone for a 17-yard score on fourth and 11 to make it 8-6 in the second quarter.