Bruins will be playing in Aberdeen this weekend 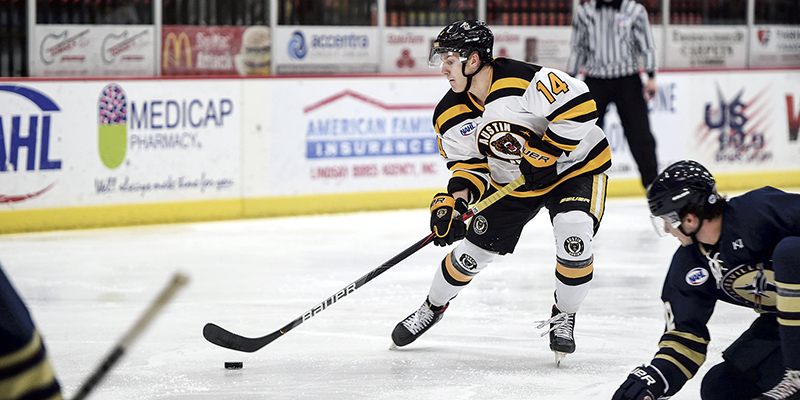 The Austin Bruins will be playing in Aberdeen this weekend as they continue to scramble with their schedule.

Due to the recent restrictions set by the state of Minnesota in the face of the growing COVID-19 pandemic, games have been limited at ice rinks. The Bruins have been forced to shuffle their schedule considerably, starting this past weekend when they traded a solo game against the Minnesota Wilderness for a pair of contests  on the road at the Janesville Jets and now the Bruins and Wings have announced a set of games for this weekend in South Dakota.

Austin was scheduled to play the Minnesota Wilderness and the St. Cloud Blizzard, but those games will be postponed to a separate date. Future announcements will be made as decisions are reached with discussions currently ongoing between the league, the Bruins, and the opposing teams to find the safest and most effective way to handle the recent changes.

Stay tuned to the Austin Bruins social media accounts for more updates regarding the changes.