Democratic presidential candidate Joe Biden will be in Minnesota on Friday — the same day as President Donald Trump is slated to hold a rally in the state. 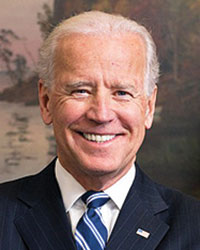 The former vice president has announced a drive-in rally in St. Paul in the afternoon. It’s Biden’s second visit to the battleground state this campaign. It will come just before Trump stages a big rally in southern Minnesota.

The late push by both candidates signifies the importance of the state’s 10 Electoral College votes as they chase the required 270 to win the presidency.

Trump’s Friday rally, which was originally planned for the Rochester International Airport, has been moved to a private company site in Dodge Center, Minn. The event will be held at McNeilus Steel, according to Glenn Sylvester, the company’s chief operating officer.

In an interview, he said he expected several thousand to attend. He said company executives would enforce social distancing requirements as best they can, but wouldn’t say if they would cap the event at 250 people as state rules require.

In an an email to McNeilus staff Thursday morning, Sylvester wrote they expected 25,000 people to attend, and that all employees were encouraged to come.

Rochester Mayor Kim Norton said the city had been in negotiations with the Trump campaign to sign a contract to adhere to the 250 person limit at the airport.

But a day before the event, Norton said she understood the campaign was looking for a venue that would allow a larger crowd.

The office of Minnesota Attorney General Keith Ellison has been in contact with the Trump campaign but had no immediate comment, according to a spokesperson.

MINNEAPOLIS (AP) — The Minnesota Department of Health reported 2,872 new coronavirus cases on Thursday, the most reported in a... read more