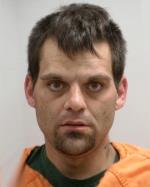 Jodi Kay Grinder, 31, of Austin has been charged with two counts of felony check forgery – offer or possess – and one count each of felony fifth-degree drug possession and petty misdemeanor possession of drug paraphernalia.

According to the court complaints, an officer was called to an Austin Kwik Trip location on Oct. 18 regarding forged checks. The officer spoke to a store manager, who reported that a male subject had cashed three forged checks (aggregate value of $100.47) from a U.S. Bank account with a woman’s name. The officer reviewed surveillance video and identified Stahl as the suspect.

The officer spoke to the employee who dealt with Stahl during the transactions. He said he called the number written on the checks  and an unknown person answered the phone and stated they just recently bought the phone from the guy who gave the checks in the store. The individual gave him Stahl’s number, but when he called, a woman claiming to be “Tina” answered the phone. The employee asked what her address was on the check and “Tina” stated she would have to ask her husband and hung up the phone. He advised 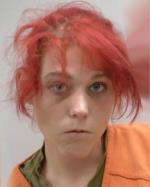 “Tina” called back and gave the correct address on the check.

The following day, the officer made contact with Stahl, who admitted that he had been to Kwik Trip the previous day and had used checks signed by Grinder for transactions. He admitted Grinder’s name was not the same as the one printed on the check. He also recalled receiving a call from Kwik Trip regarding the transactions, but said Grinder had answered the phone call.

The officer then contacted the daughter of the woman whose name appeared on the checks. She told police her mother had died two years prior and that her checking account with U.S. Bank had been closed. She also advised that she had thrown out “a lot of items,” including checks, while cleaning out her mother’s house. She reported that on Oct. 14, a male subject came to the door of the residence and asked if he could go through her dumpster and possibly take some items and that she gave him permission to do so. She described him as a white male, mid 20s, on a bicycle, taller than 5’10”, skinny build, short cut/spiky black hair and unknown on facial hair.

The officer again made contact with Stahl, who admitted he took the checks from the dumpster. Grinder was present and admitted to signing two of the forged checks. 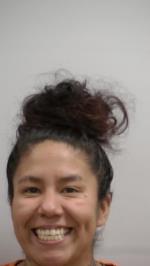 On Oct. 21, police were called to the Austin branch of Accentra Credit Union regarding stolen checks. An employee reported that Grinder opened an account at Accentra’s Albert Lea branch on Oct. 16 and subsequently deposited several checks (from the deceased woman’s U.S. Bank account) at the Austin branch. She said that Grinder deposited four checks at the drive through and two checks via online deposit. She reported that after the checks were deposited, Grinder would withdraw the money from the ATM. The bank learned that the checks deposited by the defendant did not have sufficient funds.

The employee reported that five checks (aggregate value of $1,850) had been deposited and that the bank stopped the sixth check (in the sum of $1,000) before it went through. She said after they cancelled Grinder’s account, she called and asked them why. The situation was explained to Grinder, who indicated that she would “take care of it.”

A few hours later, police were called to U.S. Bank regarding another check forgery on the same account. The bank employees reported that several subjects in a black SUV (2009 GMC Acadia, MN license EAJ070) were attempting to cash a forged check on the account. An officer observed the GMC and recognized the front passenger as Grinder, whom he arrested for check forgery. Grinder said she received the forged checks “from a lady as payments.” At the Mower County Jail, Grinder was found to be in possession of several blank checks from the U.S. Bank account and another forged check in the sum of $250. Grinder said she had filled out the check, but Vazquez had signed it.

An officer at U.S. Bank arrested Vazquez, the driver of the GMC, after learning she had attempted to cash a forged check. She was searched and found to be in possession of a methamphetamine pipe and marijuana pipe.

Vazquez told police that Grinder asked her to cash a check and that the check was made out to her because Grinder did not have an identification card. She said Grinder offered her money if she cashed the check. An officer later observed the check, in the sum of $450, was written to Vazquez. At the jail, a small amount of methamphetamine and a methamphetamine pipe were located in Vazquez’s purse.

Police were advised that a male subject inside the GMC had fled on foot. The suspect was wearing black jeans and a hoodie and was carrying a dark bag or backpack. A detective located Stahl (who matched the description of the suspect) standing at the intersection of First Avenue Northwest and North Main Street. Stahl told police that he just got out of a vehicle that was at U.S. Bank because he “didn’t want to be involved with what they were doing.” Stahl then explained that Vazquez and Grinder were “trying to cash checks” at the bank.

Stahl was in possession of a black satchel. When asked if he had any contraband in the satchel, Stahl emptied the contents, which contained a small digital scale, two syringes and a plastic vial that held about three grams of methamphetamine. Stahl was then arrested and transported to the Mower County Jail.

At the jail, Grinder told police the satchel belonged to her and Stahl jointly.

All will appear in court again on Nov. 5.