Take two: Pacelli’s Koopal gets another chance at a big meet 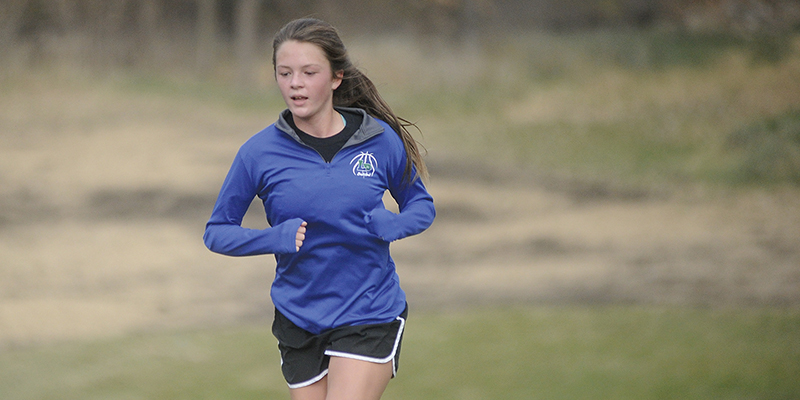 Pacelli eighth grader Kirsten Koopal runs at Nob Hill in Austin to train for the TCRC Showcase, which will be held in Atwater on Saturday. Rocky Hulne/sports@austindailyherald.com

Pacelli eighth grader Kirsten Koopal wasn’t satisfied with taking 14th place at the Section 1A cross country meet recently, but she has discovered a chance to hit the course one more time. 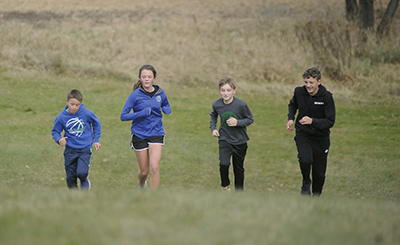 The race will be held in various waves throughout the day and Koopal will run at 3:30 p.m. with all of the small school classification individual qualifiers.

“I really want to do my best for this one,” Koopal said. “I think the competition will help with that, but I’ve still got to train hard. I know that there will be faster runners there and tougher competition. I’m just hoping to get a PR. It’s another chance to do better.”

Koopal finished most of her races in the 20 to 22-minute range this season for the Shamrocks and she’s aiming to get under the 20-minute barrier. Since cross country coaches aren’t allowed to work with athletes in the MSHSL offseason, Koopal has been training with her Pacelli teammates by running hills and putting in miles throughout the week. Her mother Becky has served as her coach for the week.

“My training hasn’t been that much different, because I’ve had a lot of teammates help me out,” Koopal said.

Koopal found out about her invite to the TCRC Showcase one week ago and she was immediately interested in competing. Without getting to go against a lot of fast runners during the regular season, Koopal is hoping to pick up some lessons and find some motivation this Saturday.]

“I’d like to make it to state sometime in my high school career,” Koopal said. “This will help give me some experience.”