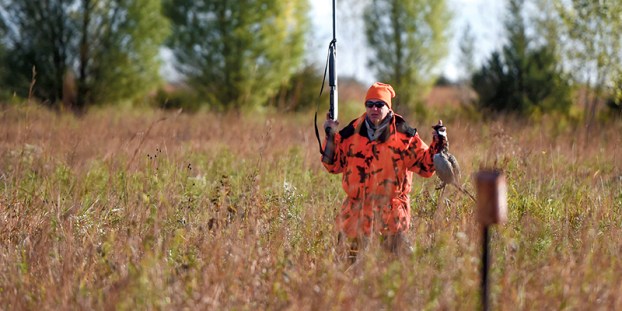 Out on the hunt

On Friday, veterans gathered at Three Arrows Hunting Preserve just outside of LeRoy for the second  Disabled American Veterans Hunt.

The first hunt was held last year in conjunction with the Minnesota Governors Pheasant Hunt where about 20 veterans took part.

Hunters were split into groups and paired with guides and their dogs for a day of perfect fall hunting. 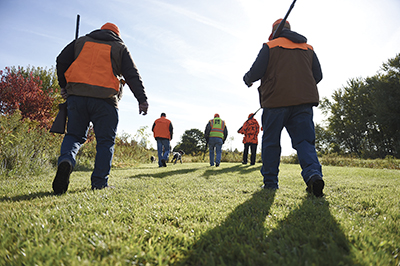 Whitehead, a hunter himself, described how thrilled he was to take part in this year’s hunt, but also explained just how important events like this are.

“When people talk about veterans and what outdoors means … it’s very therapeutic for veterans,” Whitehead said just before hitting the field. “It gets them away from everyday stress in their life, gets them back around people they are accustomed to, other sailors, Marines and they can connect.”

To that end, Wellik talked about just how important it is for the individuals.

“Getting around veterans and being around veterans, it’s not about the club here or the club there,” he said. “I was just up to Legionville and the stress wasn’t there. You were able to converse with fellow veterans. It’s the camaraderie.”

Not long after the groups started going out, the shooting started as birds quickly began jumping from the grass.

It was a good example of the good being active can be for veterans.

“These activities taking place let them do these things,” Whitehead said. “Get them together because there is some wonderful things that take place.”

At the same time, these events for veterans aren’t possible without the help of people stepping in, like Three Arrows Hunting Preserve, and doing what they can for veterans.

“One of the biggest things it takes are volunteers,” Whitehead said. “If there isn’t volunteers these  activities don’t happen and that’s a big shout out to the volunteers who step up and volunteer to make sure these things happen.”

Outside the hunt, Whitehead has been busy in other areas that have been affecting veterans; including making sure benefits are assured.

“On the national level, the big concerns I’m seeing is the benefits side,” Whitehead said. “We as veterans, there’s always somebody there that’s  a caregiver for us and we need to make sure that they are being taken care of.”