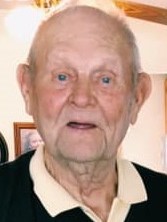 Nolan “Snooly” Lee Johnson, age 84 of Austin, Minnesota, passed away Sunday, October 18, 2020, at St. Mark’s Living Nursing Home in Austin, Minnesota. Nolan was born in Austin, Minnesota, to Bennie and Anna (Gunderson) Johnson on September 1, 1936. He was the youngest of nine children. Nolan was a 1954 graduate of Austin High School. On January 25, 1955, he enlisted into the United States Army, proudly serving his country until January 14, 1958. Following his return from the Army, Nolan attended Austin Vocational Technical School for heating and cooling. On June 16, 1963, he was united in marriage to Ardys Nelson in Austin. To this union two children were born. The couple continued to live in Austin where Nolan was employed for Trimble’s as a Honda mechanic for 40 years. He was a member of St. Olaf Lutheran Church and the American Legion Post 91. Nolan enjoyed traveling the country on his motorcycle, camping, and golfing. His grandchildren brought him great joy in life and loved spending time with them. He will be dearly missed by all who knew and loved him.

Survivors include his daughter, Jana (Chad) Norman of Austin, Minnesota; son, Kelly (Michelle Bergstrom) Johnson of Austin, Minnesota; four grandchildren, Trinity, Destiny, Brianna, and Andrew; and other nieces, nephews, and other relatives and friends. He was preceded in death by his parents, Bennie and Anna Johnson; wife, Ardys Johnson; five brothers and three sisters.