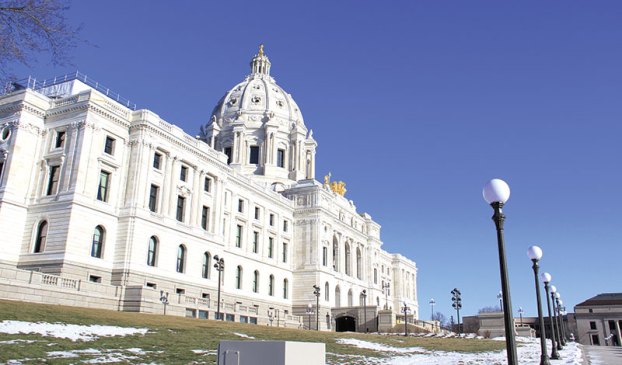 The package, known as a bonding bill, was the biggest piece of unfinished business left over from the 2020 regular session, which ended in May. The Senate voted 64-3 to send the bill to Democratic Gov. Tim Walz for his signature.

Twenty-five House Republicans crossed over Wednesday night to give the Democratic majority more than the 60% supermajority the legislation needed to pass. That vote was 100-34. The bill failed to win enough House votes in two previous special sessions, when Republicans conditioned their support on an end to the emergency powers that Walz has used to fight COVID-19, a demand they ultimately dropped.

“There’s a lot of fixing up that need to be done, there’s a lot of investment that needs to occur. And that’s what this bill does,” said GOP Sen. David Senjem, of Rochester, who chairs the Senate bonding committee and helped negotiate the final bill. He said the projects will put a lot of people to work as the state tries to recover from the coronavirus pandemic.

However, several Republicans complained that the House decision to adjourn forced senators to take it or leave it, preventing them from offering amendments and sending the package back for further negotiations.

“We have no voice, and no choice,” said Sen. Carrie Ruud, of Breezy Point. “Because if we amend this bill, it’s dead. And the state of Minnesota has no bonding bill at all.”

The bill includes $1.37 billion debt that will be repaid from the state’s general fund, plus some other funding sources. It also includes a tax break for new equipment purchases that’s aimed at main street businesses and farmers, which Republicans had long sought. And it also includes some spending to cover current shortfalls, including money to keep two small correctional facilities open in Togo and Willow River.

“This bonding bill will touch every Minnesotan in our great state,” said Sen. Sandy Pappas, of St Paul, the lead Democrat on the bonding committee. “The emphasis has been on asset preservation, on public health and safety — very important in these COVID days — on preserving and expanding essential infrastructure, preserving and enhancing our great outdoors.”

MINNEAPOLIS (AP) — A Minnesota judge on Thursday rejected prosecutors’ request to put a 48-hour hold on filings in the... read more