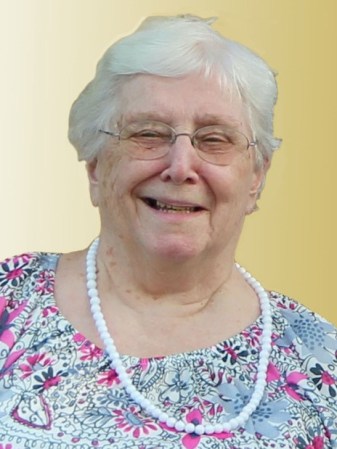 Marlene Joan Krieger, age 86 of Austin, Minnesota, passed away Friday, October 23, 2020, at St. Mark’s Living in Austin with family at her side. Marlene Stellwagen was born November 17, 1933, at home in Lewiston, Minnesota, to Walter and Clara (Uecker) Stellwagen. She graduated from Lewiston High School in 1951. After graduation, Marlene worked at Mayo Clinic in Rochester for five years.

On December 29, 1956, she was united in marriage to Reuben Krieger in Lewiston, Minnesota. Together they raised four children, Randy, Julie, Tom, and Terry. After her marriage to Reuben and their move to Austin, Minnesota, Marlene worked at the Austin Medical Clinic as a registrar for 21 years, retiring in 1995. She was a member of Holy Cross Lutheran Church in Austin, where she sang in the choir for more than 40 years. She was a talented member of a five-woman bowling team that stayed together for decades. Her Sunday morning tradition of cinnamon rolls and coffee cake filled the home with made-from-scratch love. Marlene enjoyed camping, traveling in their RV, and being “a mom.” She was a selfless woman who will be dearly missed by all who knew and loved her.

A memorial service will be held at a later date. Services are prearranged and performed by Worlein Funeral Home of Austin. Condolences may be expressed to the family online at www.worlein.com.