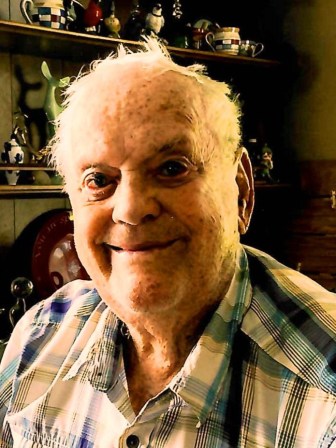 Delmer was born on September 15, 1928 to Boyd and Nellie (White) Lord. He was the middle of three children growing up in the Lansing, Minnesota area. This is where he began his lifelong love of hunting and fishing. He fed the family many times with the fish he caught in the Cedar River. When Delmer turned 16, he began working at Hormel to replace those workers serving in WWII. It was at Hormel where Delmer earned the nickname, “Beaver” which was short for “Lord Beaver Brook”. Delmer spent his entire working life at Hormel, except for a short layoff following WWII. He retired in 1983 after spending a total of 38 years working in the Hormel plant.

Delmer served his country in the United States Navy during the Korean Conflict from August of 1950 until his honorable discharge in June of 1954. Following his military duty, he continued his career at Hormel.

In 1956 Delmer married Dorothy Sayles in Austin, Minnesota. Together they raised two daughters, Beth and Gale. Delmer was very active with different interests such as stock car racing, hunting and fishing, gardening, golf, and woodworking. He was also fortunate to have many good friends in his life. In his early adulthood, his passion was lake fishing for walleye. But later this was replaced by his love for surf fishing for pompano in Florida. This passion continued until his death.

In 1972 the Lord Family moved to rural Austin where he became a local celebrity known for his huge garden and his awesome sweet corn. Canning time at the house resembled an assembly line at Libbys! His corn fed several families for the winters. Above everything else, Delmer loved his family. He was an excellent provider and loving father, grandpa and great grandpa. He is missed.

He was preceded in death by his parents; wife, Dorothy on December 27, 2009; brother, Veryl and sister, Myrna.

A memorial service will be held at 2:00 p.m. on October 10th (Saturday) at Clasen-Jordan Mortuary. Visitation will be held for one hour prior to the service.