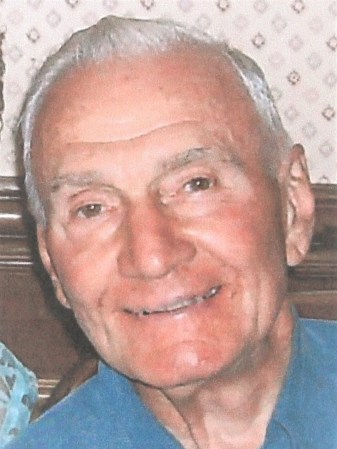 Delbert was born December 14, 1930 in Armour, South Dakota to Reinhold and Magdalena Anderst. His family later mover to Sherburn, MN then to Hayfield, MN where he attended high school until his senior year. Delbert was a graduate of Austin High School. He married Barbara (Chase) and had four children, later divorced. On October 1, 1966 Delbert married Darlene (Crouch) combining two families. Delbert retired from Hormel Foods after 36 years of employment. He also developed the skills as a mason. He laid block for many homes and businesses in Austin. One such business was the Sterling strip mall. Delbert also worked at the Lake City Marina for ten years and various woodworking shops in Lake City for an additional ten years. He had a very strong work ethic which he instilled in his children. He stopped working at the age of 76 not because he wanted to but because of the downturn in the economy. He had the motto “If you are not going to do it right then do not do it at all”.

Delbert loved to play cards and was awarded the title of Master of cribbage. He was an avid walleye fisherman which he shared his skills with family and friends. He had a green thumb and had beautiful gardens year after year. He took the produce from the garden and canned and pickled the most wonderful bloody Mary mix and garlic hot pickles. Delbert was very personable and could strike up a conversation with most. He will be missed.

He is preceded in death by his parents Reinhold and Magdalena Anderst, daughter Diana Anderst, son James Anderst and sister Darlene Sherwood.

Memorial services and a celebration of life will be held in the Spring of 2021.