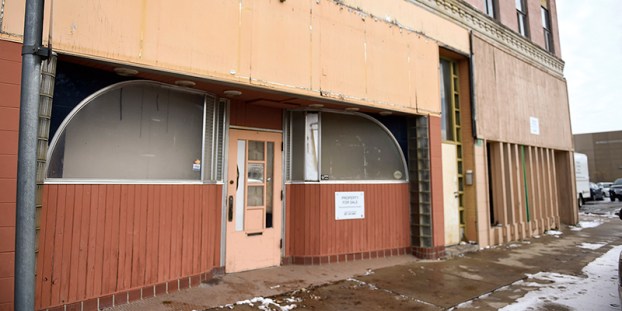 The City has recently acquired the Margaritaville and Paradise Island properties and will make them available for commerical development. Eric Johnson/photodesk@austindailyherald.com

Clark: ‘Keeping the vibrancy in downtown’

The continuing effort to revitalize Austin’s downtown area took another step forward in late September when the Austin Port Authority, with assistance from the Housing and Redevelopment Authority of Austin (HRA), sold the buildings at 117 and 119 Second Ave. NE to Terry Hall, manager of HPW, LLC. The buildings previously housed Margaritaville and Paradise Island.

Hall, who has rental properties throughout Austin and has worked on the Austin State Bank building, plans to develop the space for four high-end apartments on the upper level and about 4,200 square feet of commercial space on the ground floor.

“The Port Authority was struggling about whether or not to do something with these buildings,” said City Administrator and Port Authority Executive Director Craig Clark. “Do we invest further dollars into them or do we work with a private developer? We took the private developer route; they’re just better situated to work with prospective tenants and do the rehab. We’re ecstatic that we were able to work with Terry on this project as well as other investments he’s made in Austin.”

“To me (the two buildings) were the last eye sore in the downtown,” said HRA Executive Director Taggert Medgaarden. “They’ve been sitting empty for a few years and were acquired by the Port Authority with the help of the HRA. In the meantime, we were trying to figure out what we can do there. Terry and I have been working on this for probably a year.”

Under the agreement, the Port Authority sold the property for the “as is” price of $100, contributed $70,000 for a new roof, agreed to cover 50 percent of the exterior improvements through a forgivable loan (with a cap of $142,500) and offered $245,000 in favorable loan terms to Hall for the project. Hall is required to make improvements to the outside of the property, replace the roof and overall make investments that total $562,100.

Work is currently underway to replace the roof, which Hall estimates will be completed by the first week of November. The asbestos abatement is also underway. Once that is complete, contractors will be brought in to give bids on demo work.

Hall intends to start construction in the apartments by the beginning of 2021.

“We’re planning to put loft units in each apartment,” he said. “The 117 side is smaller than the 119 side, so the 117 side will be one bedroom with a den and office and the 119 side will be two bedrooms with a den and office. You’ll have higher end furnishings like solid surface countertops and higher end appliances. Assuming we can get the space, we’ll be working with the architect and engineers to make sure we have the space to put the lofts. The south side will have big, beautiful arched windows that’ll offer plenty of light. On the north side, the plan is to have a public deck for all tenants and then a private deck for one of the tenants.”

After completing the apartments, Hall said work would be done on the ground floor.

“The plan is to white box the two commercial spaces,” he said. “We’ll be marketing for restaurant-type businesses, but we’re open for anything.”

Hall noted that he has an interested tenant for a restaurant, though no deals have been made.

“The exterior will transform; it’ll have all new doors and windows, but we’ll maintain as much of the historical look as we can with the arched windows and some banding detail that is on the building now,” he said. “We definitely want to complement the neighborhood, not stand out.”

“The idea is to blend with the other buildings,” Medgaarden added.

Clark said Hall’s work on the State Bank building convinced the Port Authority to sell to him. He also said the downtown apartments would address a need the city has heard in the past.

“What we’ve heard from the Hormel young professionals group is that they want an urban feel,” Clark said. “Terry will be able to gain a more direct pulse on that question for us. There are other opportunities for property owners in the downtown to do something similar; we see this as a mini test case.”

“We know we’re going to get a quality project at the end of the day and really keep the vibrancy in downtown,” he added.

As COVID-19 cases in Minnesota continue to rise, officials at Mayo Clinic Health Systems have reinstated visitor restrictions on its... read more