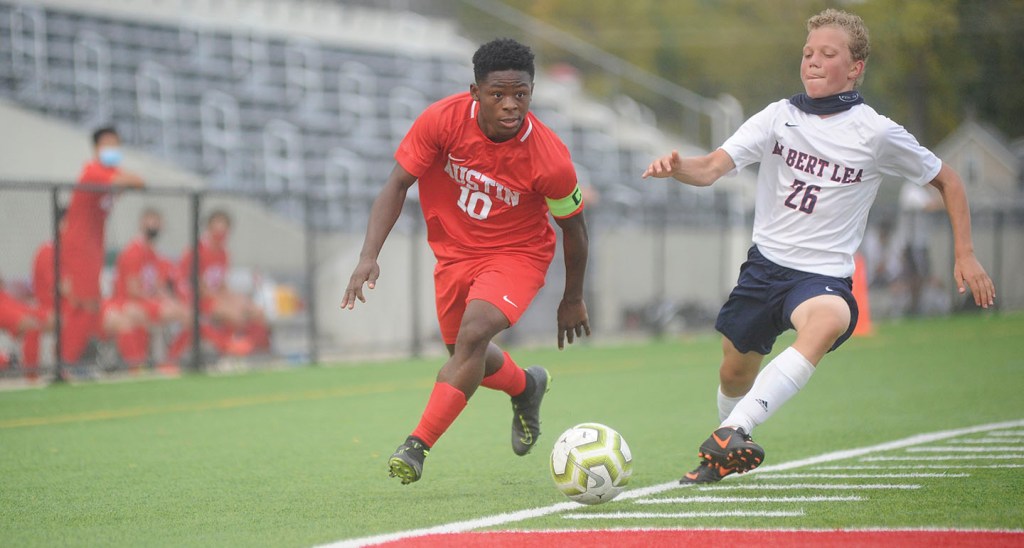 Austin’s Henry Tolbert closes in on the ball in the first half against Albert Lea in Art Hass Stadium Saturday. Herald File Photo

Austin senior Henry Tolbert has been named Mr. Soccer for Minnesota in Class A and he’s also one of three Packers to be named First Team All State, the Minnesota High School Soccer Coach’s Association announced Saturday.

Tolbert is the second Packer to be named as a Mr. Soccer finalist and the first to ever win the award.

Austin’s Casey Berg makes the first save against Dover-Eyota in a shootout to determine the Section 1A championship in St. Charles. Eric Johnson/photodesk@austindailyherald.com

Garcia led the state with 32 goals and Berg allowed just five goals in 12 games as he stopped 89.4 percent of the shots he saw.

Austin’s Andres Garcia pushes past pressure during the first half against Winona Cotter in the first round of the Section 1A Tournament Art Hass Stadium. Herald File Photo

The Packers had seven shutouts this season.

The only other Packer to be named as a Mr. Soccer finalist is Austin grad Kevin Ortiz.