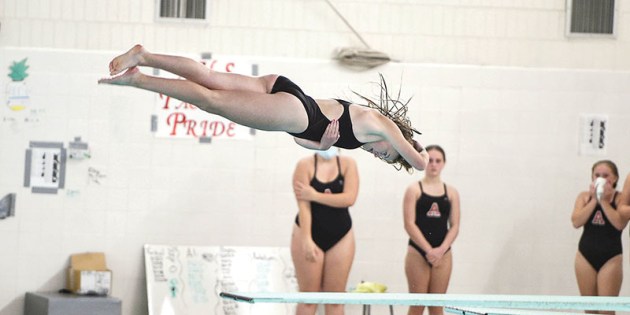 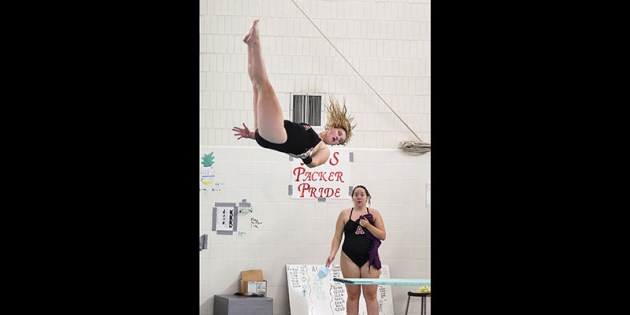 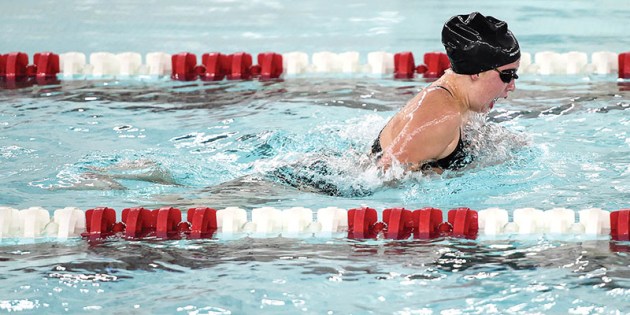 Austin eighth grader was alone in the pool for a moment, but she didn’t let that faze her as she continued her growth as a swimmer during the Packers’ 91-83 loss to Northfield in a virtual dual meet in Bud Higgins Pool Thursday.

Tobak swam the 100-yard butterfly by herself for Austin, but she had at least a dozen teammates cheering for her at the end of the pool as she swam a time of 1:15.6 to take second place.

“It felt really good to see my teammates, because I was really nervous to do it by myself,” Tobak said.

Tobak has gained some valuable experience this season as she’s leaned on Austin seniors Molly Sheehan and Molly Garry for leadership.

“I’ve been swimming up against my own times and I try to beat the seniors’ times, even though I know I can’t. The seniors are really positive and I love them so much,” Tobak said. “This season has been fun and challenging and I love it. This is better than I expected.”