Three charged with burglary and theft

Three individuals allegedly involved in a Southeast Austin burglary made their first appearances on Tuesday in Mower County District Court. 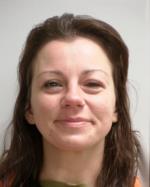 Amela Kazic, 31, Aldin Kazic, 29, both of Austin, and Kaele Jean Sample, 25, of Hinckley have all been charged with felony first-degree burglary – occupied dwelling – and misdemeanor theft. In addition, Sample has been charged with felony first-degree burglary – assault person in building – and misdemeanor fifth-degree assault.

According to the court complaints, law enforcement responded to a burglary report at about 5:25 p.m. on Sept. 6 in the 600 block of Seventh Avenue Southeast. While driving to the scene, the officers were advised that the burglary suspects were leaving the residence in a 2013 Cadillac CTS with Minnesota license DEU764. Police arrived at the residence and made contact with the residents —  an adult female and adult male. The woman reported that Aldin, who she knew, came to the residence and was with his girlfriend (Sample) and his sister (Amela).

She said she was in the garage when the Cadillac arrived at the residence. She was unsure where Aldin and Amela went when they exited the Cadillac, but she saw Sample enter her residence without permission and she called the police. She said a short time later, Sample exited the residence and was carrying items from inside the residence. She said Sample put the stolen items on the trunk of her car (a Hyundai Sonata), told her, “This is now mine, (expletive),” and then punched her in the face. She reported that all three of the suspects then got into the Cadillac and drove east on Seventh Avenue Southeast. 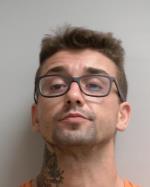 An officer then spoke with the man, who said he was sleeping on the couch and woke up to see Aldin and Amela standing near him in the living room. He said he told them to get out of his house and Aldin “got in his face.” He said he punched Aldin in the face and Aldin then ran toward the door and told the others to leave the residence. He said Amela and Sample grabbed things from the residence and then they all left in the Cadillac.

An officer spotted the Cadillac parked in the 800 block of Ninth Street Southeast. He observed the passenger door was open and electrical cords were hanging out of the car. He then observed a male and two females walking away from the Cadillac. The officer and a deputy made contact with the three subjects and identified them as the burglary suspects.

The officer spoke with Amela while the deputy spoke with Sample. Amela was highly intoxicated and had a bleeding scrape on her right elbow. She was uncooperative and yelling constantly, so she was handcuffed and escorted away from the other suspects. She told the officer that they went to the woman’s house because she had stolen Aldin’s stimulus check. After being read a Miranda warning, Amela said she went to the woman’s house and asked for Aldin’s money and a fight erupted. She indicated that the fighting occurred inside the house, but denied that she was trying to steal tools. 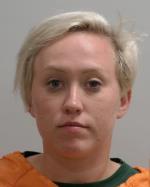 Sample told the deputy that she had been driving the Cadillac and they went to the woman’s house to collect $1,200 she owed Aldin. She said they were “invited” into the house after they had knocked on the door, but a fight broke out after Amela asked about the money. She indicated they left after Amela got punched by a male residence of the house.

Another officer arrived on scene and spoke to Aldin, who appeared intoxicated and acted in an erratic manner. Aldin said he had been at the residence to see the woman because she owed him money. He denied that he had entered the residence and said that there was no property from the residence in the Cadillac.

The officer noticed a blood stain on the back of Aldin’s pants.

Police searched the Cadillac and located a chalk line reel, a Craftsman circular saw, a DeWalt drill bit set and a Black and Decker drill. All of the items were located in the front passenger seat and had blood on them.

All three were arrested and transported to the Mower County Jail. Aldin submitted to a preliminary breath test with a result of 0.269 percent alcohol concentration.

All three will appear in court again on Sept. 21.

By Kirsti Marohn More than half a million people visit the headwaters of the Mississippi River at Itasca State Park... read more