Surging to the next level: Austin senior Logan Kelly commits to swim at IUPUI

Austin senior Logan Kelly is already one of the most accomplished swimmers in Packer history, but he’s not done yet.

Kelly is hoping to still have one more season in the pool for the Packers this winter and he’s also got his sights set on competing at Division I Indiana University-Purdue University at Indianapolis. Kelly recently made his commitment to IUPUI and he is set to receive an athletic scholarship.

Kelly initially had his sights set on swimming at the University of Indiana, but he was drawn to IUPUI by its engineering program. The Jaguars began recruiting Kelly during his junior season and they came through with a scholarship offer about six weeks ago.

“My focus right now is on getting stronger for the high school season,” Kelly said. “I really hope that we don’t have virtual meets. I’m really looking forward to trying to get a few more pool records under my belts. I also want the state meet to happen this year. My biggest worry is that we won’t have it.”

Kelly’s name is already all over the record board at Bud Higgins pool as he has chipped in on four school records and three pool records.

Kelly’s former teammate and recent Austin grad Rafe Dolan Peterson will be swimming at University of Wisconsin Green Bay, which sometimes competes against IUPUI. Kelly is looking forward to seeing his friend at the pool during big meets.

“I may not end up swimming against Rafe in the same race, but it will be pretty fun to see him,” Kelly said.

Kelly has always been motivated to swim as he has competed for the Atlantis Swimming Federation in past year’s, but now the thought of competing in college has him hitting the books.

“I feel like it’s driving me to work harder, especially in the classroom,” Kelly said. “In the last couple of years I’ve kind of looked at school as a thing that happens and then I go swim. Now that I have a college to go to, I need to get my GPA up.” 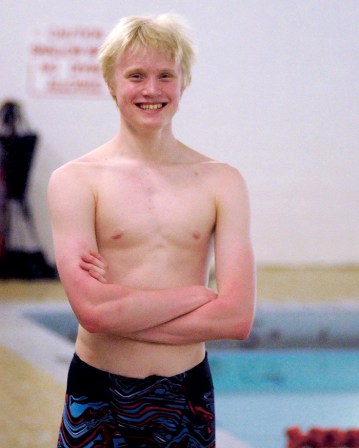 Packers are fighting against the grind of virtual meets

It was a tough night on the scoreboard, but the Packers aren’t going to stop striving for improvements after they... read more