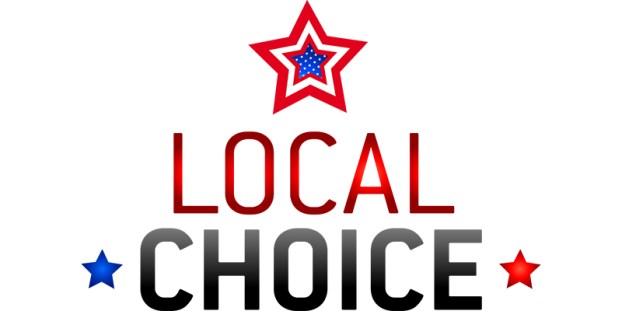 Editor’s note: The story focusing on the  27B forum featuring Rep. Jeanne Poppe and challenger Patty Mueller will be online at www.austindailyherald.com Monday afternoon.

State Sen. Dan Sparks (DFL-27) and challenger Gene Dornink (R) took to the airwaves on Wednesday to answer questions on issues affecting Minnesota Senate District 27 during a candidate forum on KAUS 1480 AM. The forum was sponsored by the Austin Area Chamber of Commerce.

The candidates were first asked about infrastructure needs within the district. Both pointed out Austin’s wastewater treatment plant as a major project and the importance of getting a bonding bill passed. 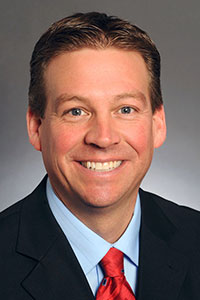 “We’ve been very successful in past years passing bonding bills and getting a lot of infrastructure needs for our local communities,” Sparks said. “Obviously roads and bridges are pretty important, and I think that’s why it was a major disappointment that to this point we still have not been able to get a bonding bill passed this legislative session. There’s blame to go around on both sides, but obviously that’s a big deal.”

He noted that the inability to pass a binding bill would place a heavy burden on Austin taxpayers having to pay for upgrades to the wastewater treatment plant.

“Austin is not unusual in this; when we travel around the state with the Bonding Committee, we see it in all of our smaller communities too,” he said. “We have an aging infrastructure that needs to be updated, but we don’t have the tax base or the capacity to spread it around.”

“The bonding bill supports that infrastructure that we need throughout the state and it is very important for these smaller communities that can’t afford it,” Dornink said. “Obviously the wastewater treatment plant here in Austin is huge. I’m a homeowner here in Austin too; I have properties and keep track of the taxes being paid, so I’m excited about that and hopefully we can get that done. I’m disappointed it hasn’t been done at this time.” 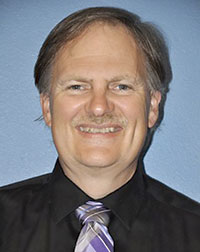 “I’ve worked very hard with (District 25) Sen. (Dave) Senjem to draw attention to the needs in District 27 and to be a strong voice for that funding that our communities need,” he said.

Dornink and Sparks were then asked how they would help support local businesses affected by COVID-19.

“(There are) no easy answers; we’re going to have to work together and make some tough choices,” Dornink said.

He praised Gov. Tim Walz’s handling of the pandemic in the first 60 days, but said he was disappointed in how things moved forward.

“I think we have great legislators both in the House and the Senate and I think that we need more voices. (The Legislature) is the voice of the people; those are the people who were elected and I think their voices have kind of been silenced through this. I’d really like to see that as one of the things that we need to do is help businesses […] Secondly, the ‘one-size-fits-all’ is just not working. Minneapolis/St. Paul is a big community. We’re smaller here. There are some places in northern Minnesota that have had zero or very few cases and just blanking all of the rural areas and the smaller communities with the same mandates, I think we need to trust some of the local businesses with control to do business safely.”

“I really want to give hats off to all of those small business owners who have worked extremely hard,” Sparks said. “I know there has been a lot of frustration. […] I, too, was very disappointed in some of the discrimination that happened at first, allowing some of the bigger box stores to remain open, but not some of our smaller businesses on Main Street who really are what we are in smaller rural Minnesota. A lot of times I would talk to those people, take their advice and say, ‘Okay, give me a plan. We can give this to the governor and talk to him if this makes sense.’ In many cases, we did run it up the administration’s team and we were able to make some movement, maybe not as soon as everyone wanted, but certainly we were able to get campgrounds reopened, restaurants, some gymnasiums and workout places, so I think that’s important.”

Sparks also noted that he broke with Gov. Walz by voting to allow those businesses to reopen.

“I think more than ever now we need to continue to have state and county people work together, make the right decisions so we can all move forward and do the things that are best for all of us because government can work, but it only works when we all work together,” he said.

The candidates were then asked how they would plan a budget with an expected $5 billion shortfall. Sparks noted the state had reserves built up and that federal COVID funds helped provide some relief.

“During my time in the Senate, the state has faced deficits even bigger than this,” he said. “It wasn’t easy, but we managed it and we overcame it. The job won’t get done by playing politics or pointing fingers; it’s going to have to be both Democrats and Republicans working together, rolling up our sleeves, and there’s not going to be any easy answers. We know as we come out of this our tax returns are going to be down, income for the state is going to be down and there’s going to have to be a lot of tough decisions being made. But, I think it is going to take experience and committed leaders with strong track records to see Minnesota through this.”

The candidates were then asked how they would support the district’s ag industry. Dornink said helping farmers with property tax rates, particularly in how they are affected by school bonds and referendums, was important.

“When there was a school, (farmers) were affected by the taxes and paying a lot of it,” he said.

Dornink added that the Legislature should support fair prices for farmers selling their crops.

“I think they’re going to have a better crop this year; hopefully the prices will continue to come up,” he said.

“I have been and will continue to be a champion for the ethanol industry,” Sparks said. “We’re at E12 right now; we’re talking about perhaps going to E15. I think farmers understand they want to be good stewards of the land, but at the same time we don’t want to have added regulations that are put on them and I think that we can continue to do that.”

“I think now more than ever you do see some of the challenges that these farmers go through with lower commodity prices and the challenges they face,” he continued. I worked hard, along with many of my colleagues, to work on mental health issues, to make sure those people do have an outlet someplace or someone they can talk to when they’re trying to renew their lines of credit or have all that stress on them. In addition, we’ve worked very hard to help young farmers come into the system because as we know, this farming community is getting much older, so we need to promote young farmers getting into the industry.”

Sparks and Dornink were then asked if they had any firsthand experience regarding Affordable Care Act enrollments. Sparks said health care is a huge issue in the district and there’s no silver bullet.

“For the past several years I’ve been selling health insurance here in Austin and it’s amazing to see what has happened to the prices that we have in that,” he said. “To that extent, we’ve done some things, even in the Minnesota Senate, to help reduce those costs. We’ve worked hard to bring down prescription drug prices. This last session, we fought and fought and fought and were able to get insulin down to a decent rate. It probably wasn’t the most popular thing with my party, but again I had to break away because I did realize the reinsurance bill did save money.”

“The MNSure system has gotten better and better over the years; those people that work hard everyday to try to afford health insurance, if it wasn’t for those tax credits, there’s no way they could afford it,” he added.

Dornink said Minnesota had one of the best health care systems in the country before the Affordable Care Act.

“I think (the Affordable Care Act) was a great idea, but it just didn’t work out,” he said. “It ended up causing a lot of higher premiums, higher deductibles, and now we’re trying to fix some of those. There is no easy fix; we’re going to continue to work forward and I think there is much more work that needs to be done in St. Paul. They’ve fixed some of the things; the reinsurance is just a buy down to offset the cost so that the insurance companies can still be in there. We need to have the private sector do insurance and I think the state needs to just continue to work with that to come up with more solutions to solve the problem to make it accessible and affordable.”

“There’s the philosophy of smaller government and limited government and to be able to let the free market system set more and make it so we can go across state lines and make it more competitive too,” he added. “I think those are some of the answers that have been talked about, but they haven’t been moved forward yet.

Finally, the candidates were asked if they believed Minnesota’s Safe Learning Plan was an effective response to addressing educational concerns during the coronavirus pandemic. Both said they believe it is a move in the right direction.

“ I think our teachers, local school board members and parents are really excited,” Dornink said. “They’re cautious, but they’re excited that their kids are going back to school, and doing it safely is the main goal. […] We all hope there is not a big flare-up, so we’re moving cautiously to see how things work and I think that’s one thing we’ll do is we’ll slowly adapt and adjust as we learn more as we continue on through the school year.”

“Last March, when this all came down and we found out we were going to do remote learning with my second grader, it was very challenging,” Sparks said. “I have a whole new appreciation for teachers and what they do and there’s a reason why we want our kids in those classrooms. But, at the end of the day, our children’s safety and those teachers’ safety and the custodians’ safety has to be our number one issue.”

‘It’s really a one team approach’