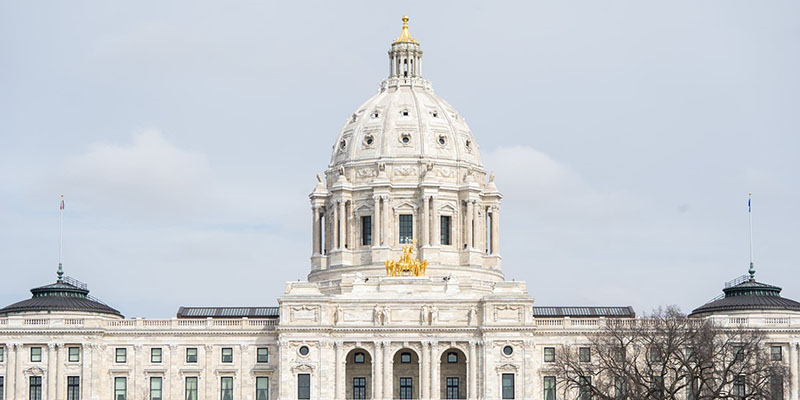 ll 201 legislative seats are on the ballot this year.

The majorities in both chambers are looking to widen their control, while the minorities believe a flip is possible. Republicans are eyeing the DFL districts where President Donald Trump won in 2016. Democrats are looking to pick up Republican seats in the suburbs.

Democrats have high hopes for these two Rochester area Senate seats. But it is never easy knocking off incumbents. Senate District 26 Sen. Carla Nelson, R-Rochester, who has served three terms, faces a challenge from Aleta Borrud. Sen. David Senjem is in his fifth term representing Senate District 25. His DFL opponent is Sara Flick.

Sen. Dan Sparks, DFL-Austin, is seeking a sixth term. But Republicans believe it is a potential pickup in Trump country. Their candidate is Gene Dornick of Hayfield. There’s also a third candidate in the mix, Tyler Becvar of the Legal Marijuana Now Party.

Sen. Warren Limmer, R-Maple Grove, is running for a ninth term. Limmer is chair of the judiciary and public safety committee. He has clashed with gun control advocates, who are working to defeat him. Bonnie Westlin is the DFL candidate.

Sen. Susan Kent, DFL-Woodbury, is running for a third term after recently becoming the leader of her caucus. This time, she is facing a reelection challenge from Republican Mary Giuliani Stephens, a former mayor and 2018 candidate for governor.

Sen. Dan Hall, R-Burnsville, is seeking a fourth term in a district that has been moving left. Both current House members in the district are DFLers. Hall’s DFL opponent is Lindsey Port of Burnsville. Port was a House candidate in 2016.

Sen. Matt Little, DFL-Lakeville, is running for a second term, and he is a top target of Republicans. Both House seats in the district are held by Republicans. Zach Duckworth is the Republican challenger to Little.

House Districts 5A and 5B

Rep. John Persell, DFL-Bemidji, lost to Republican Matt Bliss of Pennington in 2016, then he defeated Bliss in 2018, by a mere 11 votes. It’s another rematch, with Bliss running again against Persell. In 5B, it’s an open seat. Rep. Sandy Layman, R-Cohasset is retiring. The matchup is between Republican Spencer Igo and and DFLer Joe Abeyta.

This is another rematch of 2018. Incumbent Rep. Anne Claflin, DFL-South St. Paul, is facing a challenge from former representative Keith Franke, a Republican from St. Paul Park.

Rep. Brad Tabke, DFL-Shakopee, won a close contest in 2018 over Republican Erik Mortensen. The two candidates will face each other again this year. But this time there is a third candidate. Ryan Martin of the Legal Marijuana Now Party is also on the ballot.

House Districts 56A and 56B

Both seats are open after DFL retirements. Republican Pam Myhra, a former state representative, is running against DFL candidate Jessica Hanson in 56A, where Rep. Hunter Cantrell, DFL-Savage, is stepping aside. In 56B, Rep. Alice Mann, DFL-Lakeville, is not seeking reelection. Former representative Roz Peterson is the Republican candidate against DFLer Kaela Berg.