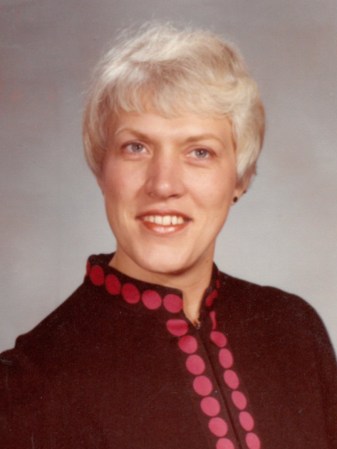 Sally was born November 20, 1941, in Sioux Falls, South Dakota, to Clarence and Nellie Dahse. She attended public school in Sioux Falls and later graduated from Mankato State University. After college, Sally moved to Austin, Minnesota and taught elementary school for over 30 years in the Southland School District, always bringing her creativity and love of teaching to the classroom.

Sally married David Kolb in Austin and they had two sons, Aaron and Jason. After Sally retired from teaching in 2000, we thought she would finally relax and get to “sleep in” since she was not a fan of waking up early. On what would have been the first day of the new school year (had she not been retired), a good friend called her at 4am to make sure she was ready for school, pretending to forget that she was retired. She was not amused, but loved a good joke or prank.

Sally seemed to be busier after she retired than when she taught and spent time volunteering at the Paramount Theatre, Austin Area Art Center, Friends of the Library Board, and the Salvation Army. She enjoyed reading, spending time with her book club, swimming at the YMCA, gardening, traveling, and visiting with family & friends. She also loved visiting New York City, Broadway shows, the Austin Symphony and going to the Chanhassen Theatre with friends.

Wherever Sally went, she would be recognized by her former students and she always remembered who they were and when she had them in class. They always had a kind word and were so willing to help her. She was incredibly well-liked as a teacher by students and as a co-worker by her colleagues. She had an incredible sense of humor and approached everything with a positive attitude and a smile.

From clothes to art, her creativity and artistic ability knew no bounds. She loved making her own cards to send to people, especially Christmas cards. Rather than spend money on an over-priced, generic card (her words), she loved to spend time crafting her own design and then writing her own, heartfelt message. She shared this craft with her granddaughters who now make their own personal cards.

Her real joy came from her 5 grandchildren. She was very proud of their accomplishments; she was their biggest supporter and her love for them knew no bounds. She loved corresponding with them through email and actual letters, which she would do frequently. She was a positive influence to her children and grandchildren; always there to listen and offer advice, opinion and encouragement. She was also known to share a story (and a picture or two) about her grandchildren to those that would listen.

She will be dearly missed by all who knew and loved her, especially her sons and grandchildren. The many late-night phone conversations, arguments over who would pay for dinner, her sarcastic humor, and just spending time with her will also be dearly missed.

Sally was preceded in death by her parents, Clarence and Nellie Dahse and her husband, David Kolb.

In lieu of flowers, memorials are preferred to Austin Symphony, Paramount Theatre and the Humane Society.

A short memorial service will be held at 1:00 p.m. on Saturday, October 3, 2020, outside the Worlein Funeral Home in Austin, Minnesota near the westside of the building. A private interment will be held in Oakwood Cemetery, Austin. Condolences may be expressed to the family online at www.worlein.com.