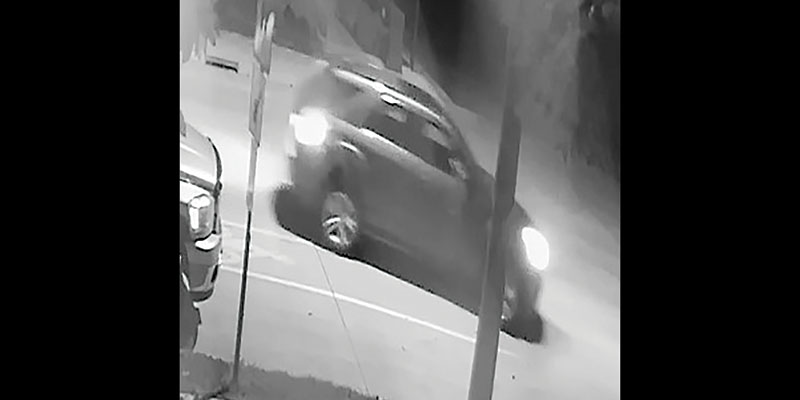 A surveillance system did captured a photo of a suspect vehicle involved in a shots fired incident early Saturday morning. Due to the low light conditions the system was operating without using the color spectrum and this is the best photo captured. Photo provided

The Austin Police Department is looking for information that could lead to an arrest after shots were fired at a Northwest Austin residence early Saturday morning.

According to Austin Police Chief David McKichan, officers responded to a call of shots fired at about 2:26 a.m. on Saturday in the 500 block of Fifth Street Northwest. A residence was found to have been shot four times in the front door and porch area.

The occupant of the residence, a 57-year-old female, was not injured.

A surveillance system captured the incident, including the suspect vehicle; however, due to low light conditions, the system was operating without using the color spectrum.

Anyone with information is asked to call the Mower County Law Enforcement Center at 507-437-9400. Reports can be made anonymously.