Passion for ag and education 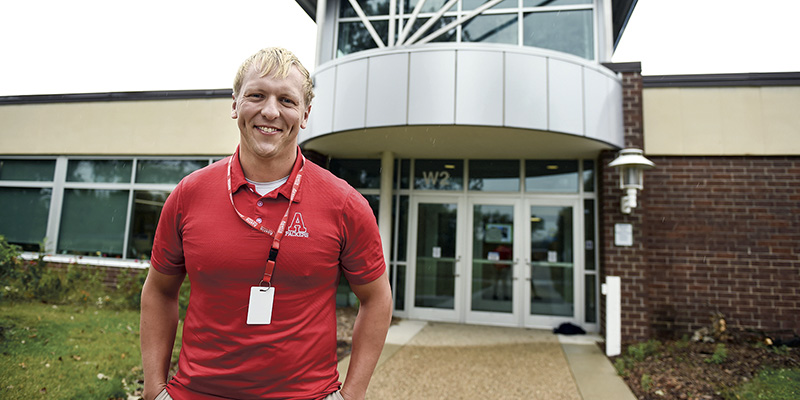 Nick Schiltz has been recognized by a state organization for his efforts in his time in agriculture and teaching. Eric Johnson/photodesk@austindailyherald.com

Riverland Community College agriculture instructor Nick Schiltz doesn’t hesitate to give everything he has when providing opportunity for the students he teaches.

The love he has for both teaching and agriculture is evident throughout the process of educating RCC students.

That hard work has now paid off after he was awarded the Outstanding Early Career Ag Teacher Award by the Minnesota Association of Agriculture Educators earlier this year. 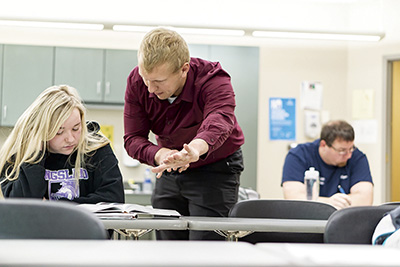 Nick Schiltz helps a student from one of his classes. Photo provided by Keith Cich

“It recognizes an early career ag teacher who has made a profound impact on the ag program that that person leads and develops,” Schiltz said.

Schiltz has been an instructor for RCC since 2017, after graduating from South Dakota State University, where he earned his undergraduate degree in agronomy in 2013 and masters in agronomy and plant science with a specialization in precision agriculture in 2016.

The opportunity to teach the industry he loves to those coming up in the ag field, especially at a college whose ag program continues to grow, has had a profound impact on Schiltz.

“I have genuinely appreciated every person I’ve had the opportunity to work with,” Schiltz said. “I’ve worked with a dynamic staff and can not think of a better place to work at.”

Once Schiltz was nominated, he had to put together an application for the award. Once that has been submitted, then eight winners from eight different regions are chosen.

To win the honor has meant a lot to Schiltz.

“It’s extremely humbling,” he said. “It really does take a village, a lot of thought and a lot of people to make everything work.”

The award, however, is only part of what humbles Schiltz, who’s family farms near Glenville.

Ag is as much a part of Schiltz as breathing and there’s not one part of it he takes for granted and that includes the educational aspects.

“It’s been a joy being a part of all the ag and STEM programs,” Schiltz said. “It’s very cathartic to remember when to look back at what kind of program can we build, what summer program can students be a part of.”

Now Schiltz is taking that same dedication to Austin Public Schools, where he will teach ag at Austin High School.

At the end of the day, Schiltz is just happy to be part of the opportunity afforded to students.

“I’m very honored that I was thought of and how much I enjoy being part of the Riverland family and now AHS family and watch students grow.” 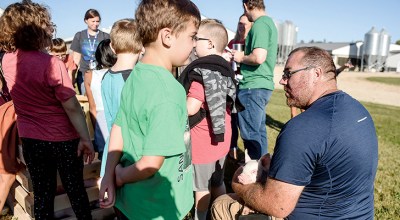 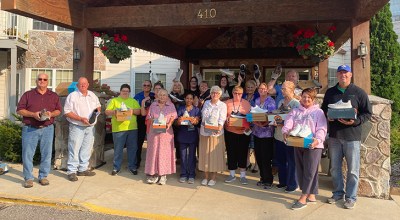