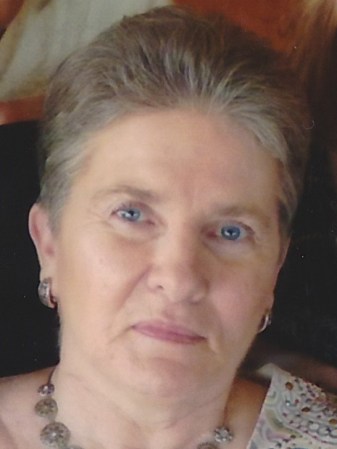 Pamela Kay (Youngmark) Wagner, age 63, of Austin, died Friday, September 18th, 2020 at Mayo Clinic Health System-Austin after an unfavorable battle with Covid-19. She was guided out over the course of the day by the voice of several loved ones, the loving caress of a wonderful nurse and for part of the time-the subtle sound of the doobie brothers playing, per her request.

Pam was born December 8, 1956 in Austin, Minnesota to Walter and Ione Youngmark. She grew up and attended school in Austin and opted to attain her G.E.D.

Pam gave birth to her first beloved daughter, Lisa Ann, on July 30, 1988. On October 16, 1990 she birthed her second daughter, Amy Beth. A few years later, on March, 20 1993, she was united in marriage to Timothy J. “Skip” Wagner at St. Augustine Catholic Church. Tim and Pam bought a beautiful residential home in NW Austin where Pam’s children Lisa and Amy Wagner were raised. Pam worked for the teen health clinic for several years. She worked several part-time and in-between jobs as her children grew older. Her last long-term employment was with the Catholic Parishes Credit Union where she worked as a “clerk” from July 2001 through Dec. 2006. Pam also spent a period of time leading up to her life changing brain aneurysms, acting as the primary care-giver for her firstborn grandson, Gabriel James Rembao. She was a woman of enormous love which was especially apparent when it came to caring for the children in her life regardless of whether or not they be her own. She also became an adopted second “mom” and trusted adult figure to various friends of her daughters during their teenage years.

Pam was a member of St. Augustine Catholic Church. She loved all things crafty. At one point, she put her calligraphy skills to use creating newspaper advertisements for places like South Central Athlete. Pam was also a nature and animal lover. She enjoyed garage sales, painting, refurbishing furniture and had kept an enchanting backyard full of various plants and floral vegetation. Pam loved the outdoors and was a sentimentalist when it came to friends and family.

Pam spent the last 9 or so years of her life residing at Sacred Heart Care Center. She was blessed to have her husband Tim, who would take her on outings back to her home almost daily where she got to spend time with her cats and occasionally other friends and family members. Upon his passing, Pam’s sister Linda continued to bring Pam on outings to her residence as well where she enjoyed short walks in the fresh air, improving her fine motor skills through “coloring” projects on her tablet and watching movies or savoring fine dinners, sometimes with a margarita. Pam was also very blessed to have a care team consisting of many people who were already quite well acquainted with Pam and/or her daughters. The caretakers at Sacred Heart have graciously shared their memories of Pam’s great taste in music, dancing or singing with her in her room and reminiscing’s of how making Pam smile or laugh often became an unspoken goal or highlight of their work shifts. She had a light that shined bright for others even through what should have been the dimmest of times.

A Memorial Mass will be celebrated 11 am on Saturday, September 26, 2020 at St. Augustine Catholic Church with Father James Steffes officiating. Visitation will be from 4-7 pm on Friday at Mayer Funeral Home. Interment will be in Calvary Cemetery.