Man pleads not guilty to counts of criminal sexual conduct

An Austin man accused of sexually abusing a child on several occasions made his first appearance on Thursday in Mower County District Court. 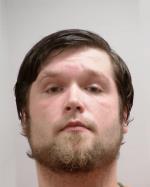 According to the court complaint, a woman met with an Austin police officer on June 5 to report that an 8-year-old relative had been sexually abused by Lewis. She indicated Lewis was known to the victim and that the abuse happened a couple of years ago. She reported the victim had been having “outbursts” recently and had seemed “angry” for the past few years. She said she spoke with her about the behavior and the victim then disclosed the sexual abuse.

On June 11, a detective met with the victim, who reported that Lewis had inappropriately touched her. She indicated the abuse occurred many times and she believed it began when she was three and stopped when she was five. She reported Lewis told her he would kill her if she told anyone about the abuse.

On June 16, the detective spoke with an adult relative of Lewis, who indicated that she never noticed any behavior by Lewis toward the victim that made her suspect abuse. She reported that Lewis had molested her when she was about 7-years-old. She said she told her mother about the abuse, but she did not believe her; however, the sexual abuse stopped when her mother confronted Lewis about her sexual abuse allegations.

The relative also described the victim as “very truthful all the time.”

The detective then spoke to the relative’s mother, who initially indicated that she was not aware that Lewis was previously accused of sexually abusing a child. After further questioning, she said there might have been a sexual abuse allegation against Lewis when he was in foster care. When asked about her daughters report of sexual abuse by Lewis, the relative’s mother said that she was a young child and that she never told her that Lewis was sexually abusing her. She then said, “I guess it came up in conversation, but I didn’t believe it or move forward with it.”

A review of Lewis’ criminal record shows prior convictions for domestic assault and violating a domestic abuse no contact order.

A pre-trial for Lewis has been scheduled for Feb. 5.

US wildlife agency seeks to carve out areas from protections