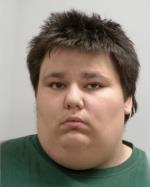 According to the court complaint, an Austin police detective received information from Mower County Human Services on Sept. 4 regarding a 14-year-old female who had disclosed that she had been sexually abused by Conde.

The detective and a Mower County Child Protection Worker met with the victim and a female relative at the Mower County Law Enforcement Center (LEC). The victim said the first incident of sexual abuse occurred when she was 13-years-old and involved Conde touching her in an inappropriate manner while they were watching a movie. She indicated that the abuse “got worse” after the first incident and occurred almost daily for approximately a year. She indicated that the most recent incident of sexual abuse occurred in early-2020.

The victim’s relative told the detective she had noticed changes in the victim’s behavior.

On Sept. 9, the detective spoke with Conde at the LEC. Conde confirmed that he had watched movies with the victim, but denied sexually abusing her. He claimed the victim was lying about the sexual abuse and indicated that she had previously accused him of sexual abuse in February 2020.

Conde indicated the victim’s relative confronted him about the issue and he told her to take the victim to the hospital for a “sex assault kit.” He also said he agreed to stay away from the victim and he had not heard anything else about the allegation since that time.

Conde will appear in court again on Sept. 21.