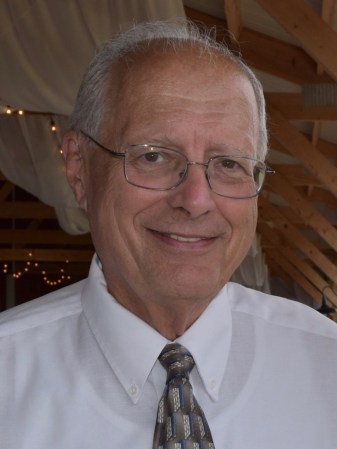 Jack was born November 30, 1937 in Austin to Hugh and Engelberta (Winkels) Dunlop. He grew up in Austin and graduated from St. Augustine High School. After graduation, Jack enlisted in the U.S. Navy. He married the love of his life, Marlys A. Ruud on July 11, 1959 and together they raised five daughters, Sheri, Cindy, Laurie, Joni, and Kari. Jack enjoyed camping, traveling, crafting, and golfing but his passion was spending time with his family and friends. He was blessed with many friends.

Jack worked at IBM in Rochester for nearly 50 years and retired as Division Manager. He was also an active member at Queen of Angels Catholic Church and a member of the Northwestern Singers. He served as a board member at Queen of Angels, Calvary Cemetery, Austin Utilities, and the Austin Senior Center. He also taught and the Vo-Tech. Jack volunteered his time with many organizations over the years and was a mentor with the SCORE program as well as being a mentor to young and old alike.

A Funeral Mass will be celebrated 10 am on Thursday, September 24, 2020 at Queen of Angels Catholic Church with Father Raul Silva officiating. Visitation will be from 5-7 pm on Wednesday at Mayer Funeral Home. Private interment will be in Calvary Cemetery with military rites by American Legion Post #91 and VFW Post #1216.

Jack was a friend and neighbor to all and always willing to lend a hand. He was beloved, always had a smile on his face, a story to share, and willing to listen and learn all about you.

In lieu of flowers, please consider a donation to Queen of Angels Catholic Church, the Austin Senior Center, or Mayo Hospice.