Paul Daniel Cole, 27, of Austin was sentenced to 180 days in jail for felony second-degree criminal sexual conduct – sexual contact – victim under 13 – on Friday in Mower County District Court. He must report to the Mower County Jail on Sept. 11. He received credit for one day served. 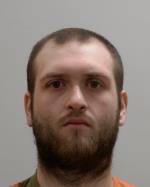 A charge of felony first-degree criminal sexual conduct – sexual penetration – victim under 13 – was dismissed as part of a plea agreement reached on Dec. 18.

Court documents state an Austin police officer was contacted on June 10, 2018, by a woman who said her 11-year-old son had disclosed that Cole had sexually abused him. She believed the abuse had occurred six years prior.

A detective interviewed the victim, who was known to Cole. He said the abuse occured on one occasion, and that Cole told him not to tell anyone.

The victim told the detective he thought it was wrong, but thought he would get in trouble if he told.

The victim’s mother said she believed Cole was 18 or 19 years old at the time.

On Aug. 7, 2018, the detective contacted Cole, who declined to give a statement about the matter.

In addition to jail time, Cole must serve 25 years of probation and follow 27 conditions, including registering as a predatory offender. He must also pay $5,085 in fines. Failure to follow the conditions could result in 36 months in prison.

Records shed light on National Guard call-up during May chaos