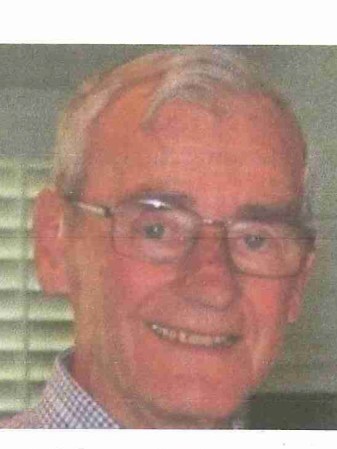 Floyd James Albers, beloved husband, father, and grandfather, of Loveland, Colorado, passed away at the age of 81 on August 17, 2020. Floyd was born November 10, 1938 in Hazen, North Dakota to Edward J. and Ida Lange Albers. He graduated from Hazen High School and furthered his education at NDSU. Floyd served in the Air Force ROTC while attending college. Upon graduation, Floyd was drafted into the U.S. Army and advanced military police training at Fort Gordon, Georgia. He was transferred to Drake Kaseme in Frankfurt, Germany where he served two years as border patrol and other police duties.

Floyd graduated from NDAC in 1960 with a degree in Animal Science, which prepared him for a lifelong career with Hormel Foods. Floyd had many different positions with Hormel plants located in various states. In Mississippi, he was Vice President of Farm Fresh Catfish Company. Floyd retired as General Manager of Hormel Foods operations in Austin, Minnesota.

Floyd enjoyed giving back to his community. While living and working in Fort Dodge, Iowa, Floyd joined the Fort Dodge Sertoma Club advancing to club president and helping start a second Sertoma Club and becoming a lifetime member. He was a member of Rotary in Austin, Minnesota, and Rochelle, Illinois, and continued when his wife and he built a house in Loveland, Colorado. He was a member of the McKee Medical Center Foundation for 12 years. Floyd had a strong faith and volunteered in various roles with the Lutheran churches that he attended. Floyd served as an usher and an endowment committee member at Redeemer Lutheran Church in Fort Collins, Colorado.

Floyd married Carol Feldman on June 10, 1962 and was a proud father of four children James, Kari, Kelly, and Jeffrey.

He enjoyed competitive running, golfing, and hiking. He had a fondness for North Dakota and his hometown of Hazen. He was a loyal fan of NDSU Bison football and enjoyed reading the local Hazen Star every week.

He was preceded in death by his parents Edward and Ida Albers, sons Jeffrey Kent and James Alan Albers, sisters Arlene Albers Winckler and Durene Albers Rounds, and brothers Donavon Albers and Robert Albers. Visitation was held on August 25, 2020 at Kibbey-Fishburn Funeral Home and graveside services were held for family and friends at Loveland Burial Park on August 26, 2020.

Memorials can be made to Redeemer Lutheran Church, McKee Medical Center Foundation, or Hormel Institute for Cancer Research in care of Kibbey-Fishburn Funeral Home at 1102 North Lincoln Avenue, Loveland, Colorado 80537.

Rocky Hulne: Coming up for air

We are one week into the fall sports season and so far things have been pretty good for area athletes.... read more