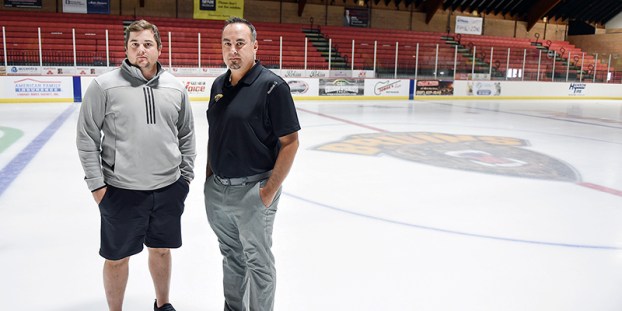 Austin Bruins head coach Steve Howard is bringing a little piece of home with him as he looks to lead the Bruins in his fourth year as head coach of the team.

Howard recently brought another slice of Michigan to the Bruins when he brought in Justin Fisher, who is one of his former players, as an assistant coach. Fisher entered Howard’s circle through a simple twist of fate seven years ago.

Howard was a new head coach of the NA3HL Flint Junior Generals when his friend and current Bruins scout Jon Jepson, who was the GM of the Junior Generals, brought Fisher into the picture. Fisher was a relative of Jepson who had been playing hockey out East, but a major knee injury left him in a situation where he decided to stay home and play for the Junior Generals.

“I was enjoying my time out east and being away from home, but I talked to Jepson and coach Howard and I kind of came to the agreement of staying there,” Fisher said. “I enjoyed my time under Howard and I learned a lot. He threw me on the ice a lot, which is always nice for a player.”

Howard said that Fisher wasn’t even on his radar until Jepson told Howard that Fisher would be a captain for him. Jepson’s prediction was right as Fisher was co-captain for a team that lost just four regular season games, while advancing to USA Hockey’s Tier II National Junior Tournament in 2014.

“It worked out really well for me, because I didn’t know who he was,” Howard said of getting Fisher on the team. “We basically stole him and talked him into staying at home. That season was a good ride with a lot of good players. I still keep in contact with a lot of them. That’s how Fish got here.”

Howard was named NA3HL coach of the year in 2014 and Fisher, who had 50 points in 48 games with the Junior Generals, went on to compile 134 total points in 161 games in five years at ACHA Division 1 Adrian College before serving as an assistant coach for one year at Adrian.

Howard is now asking Fisher to step up as a leader off the ice as the Bruins look towards the upcoming season.

“He was a coachable kid who did things the right way,” Howard said of Fisher. “(Being a coach here) is new to him and he’s going to be thrown right in the fire. He’s going to burn himself here or there, but that’s just what quality assistants do. He’s going to get a feel for how we do things here and establishing that winning culture that we want to have.”

The Bruins are bringing about 40 players to Austin this week for team building camp and it will feature two scrimmages. The first game is at 7:05 p.m. Friday and the second game is at 7:05 p.m. Saturday. Both games will be held in Riverside Arena. Tickets are available, with a limit of 250 fans.

While all of the new Bruins will be getting accustomed to Austin, Fisher will also be adjusting to his new home.

“At Adrian College, it’s a  small hockey town and once I stepped in at Austin it was very similar and it’s a great feel,” Fisher said. “I’m still learning a lot about our returning players and our new players. It’s a big learning curve for me, but I’m excited to get to it.”