MANKATO — U.S. Rep. Jim Hagedorn and Democratic candidate Dan Feehan squared off Sunday night in a tense 1st Congressional District forum televised by KEYC, where both candidates accused each other of misspending taxpayer and campaign funds.

Feehan and Hagedorn touted their own experiences on major policy from agriculture and health care to national security and education, but both candidates also spent the majority of the forum attacking each other’s positions on various issues.

Feehan maintained Hagedorn, a first-term Republican representative from Blue Earth, spent his time in Congress working for lobbying interests rather than prioritizing southern Minnesota residents. Hagedorn continuously described Feehan, of North Mankato, as a liberal Democrat picked by House Speaker Nancy Pelosi to run in the district who would support policies Hagedorn said would hurt the region.

Hagedorn narrowly defeated Feehan by slightly more than 1,300 votes in the 2018 election to represent southern Minnesota in Congress.

Things came to a head at the end of the forum when Feehan brought up Hagedorn’s recent bulk mail scandal, where the congressman is alleged to have violated House ethics rules by paying close to $450,000 to companies with ties to his staffers to send out mail to constituents.

Hagedorn defended by saying he reported any potential violations as soon as he found out about them, but went further by accusing Feehan of potentially being paid to be a candidate. Hagedorn claimed Feehan has been paid $500,000 by organizations tied to Democratic operatives during the past two years to run for Congress rather than doing work for those organizations. 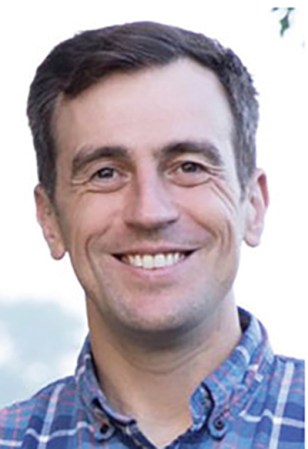 felonies. These are serious charges you’re going to have to deal with.”

Feehan responded by claiming Hagedorn is making up accusations, “things that are so untrue and so unfounded that they’re damaging to the integrity to the election.” Feehan said he was unemployed at the moment and supported by his wife, a local teacher, while running for office.

“How dare you attack my integrity?” Feehan said. “Integrity is essential to every single member of Congress and you have shown absolutely none.”

The forum broke down momentarily as the candidates sparred over potentially misusing funding, as Feehan demanded Hagedorn cite the sources behind his accusations and Hagedorn said his campaign found information in Feehan’s income disclosure forms.

“None of the words you’ve said tonight are true,” Feehan told Hagedorn.

The end of the forum wasn’t the only time Hagedorn and Feehan traded barbs. Each accused the other of supporting failed proposals and policies on a variety of topics, from transportation to COVID-19 to public safety.

Both candidates presented differing views on the ongoing pandemic, with Feehan calling for a national strategy to combat COVID-19 and Hagedorn decrying Minnesota’s ongoing coronavirus-related regulations.

“I don’t like the way our governor has treated Minnesota,” Hagedorn said.

Hagedorn said he wanted Gov. Tim Walz to decrease some of the ongoing regulations affecting small businesses and schools to help restart the economy and prevent school children from falling behind. He pointed to lower regulations in neighboring states such as South Dakota as examples state officials should follow.

In contrast, Feehan said the sooner a national strategy is developed, the easier it will be to lift the U.S. out of its economic downturn and get schools running again. He pointed out rising COVID-19 rates in South Dakota and other places means it will be more difficult to get a handle on the virus nationally.

“We have outright failed the American people,” Feehan said. “…200,000 people have died and we act like it’s no big deal.”

On systemic racism and public safety, Hagedorn said he wants to see everyone treated fairly but said he stood by law enforcement and opposed potential reforms that would make it harder for officers to do their jobs.

Hagedorn said Feehan had continuously supported efforts to defund the police, which Feehan denied. Feehan also said he has never supported any efforts by groups looking to actively harm law enforcement, a claim Republicans have made about Feehan in the past. Feehan said there was ideological room to call for more accountability by law enforcement and still support police officers.

“It’s not a choice of law and order or human rights, it’s both,” Feehan said.

On health care, Feehan said he supported a public health insurance option and lowering the eligibility age for Medicare. He argued a public health option would force private insurance companies to better compete for clients rather than drive health-care costs up.

Each candidate accused the other of dealing in bad faith on health care, however. Feehan pointed out Hagedorn’s record of voting against a bill lowering prescription drug costs and joining a lawsuit to reinstate insurance company rules for pre-existing conditions, while Hagedorn accused Feehan of supporting policies that could cripple and close rural hospitals that could lose out on federal reimbursements if a federal public health option were created.

Feehan tried to stress more unity from political officials on other major issues, from broadband to transportation funding. He pointed out he was willing to call out his party over issues he believed were wrong, such as House Democrats recently fighting with the Trump administration on including farm aid in the latest coronavirus bill. He painted himself as a candidate with an independent streak and a record of public service stemming from his time serving in the Army, as a middle school teacher and later as a Pentagon official.

Hagedorn stressed the work he has done to improve the economy in southern Minnesota and throughout the U.S., from his opposition to EPA ethanol waivers last year to his efforts with state officials to secure funding to finish Highway 14’s longstanding project to expand to a four-lane highway between New Ulm and Rochester. He also touted his work securing permission for Mayo Clinic to work on COVID-19 research and vaccines, as well as his bills seeking federal relief for hog farmers affected by the coronavirus.