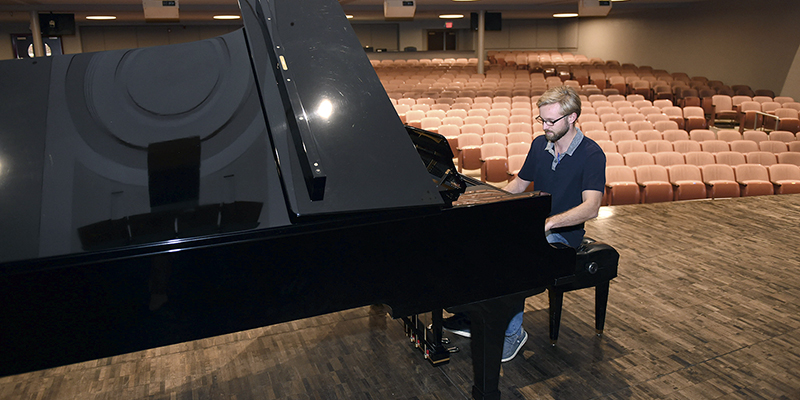 Austin music enthusiasts just received a treat that will take things to a new level.

Knowlton Auditorium was recently equipped with a 10-foot Fazioli F308 orchestra piano. It is one of seven of its kind that reside in the United States in public places and it was obtained for the price of $100,000, which came from donations. 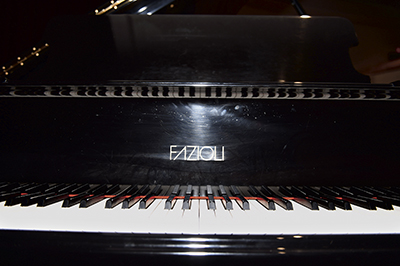 The Fazioli F308, now in Knowlton Auditorium, is the eighth piano out of 40 that have been made. Eric Johnson/photodesk@austindailyherald.com

It is the eighth piano out of the 40 that have been made and it was brought to Austin from Washington state by truck.

Austin High School choir director Kalle Akkerman said the new piano, which was made in Italy and is 15 years old, is so impressive that it is almost intimidating.

“It’s so nice I hardly even want to touch it or use it for concerts, but we certainly will. It is the largest concert grand piano ever made,” Akkerman said. “We may have to play it a little bit quiet with our choir, and it’ll be able to hold it’s own with the jazz band.”

Akkerman said the piano will attract world class pianists to come play in Austin and he also mentioned the possibility of dueling pianos as the new piano sits next to Austin’s old nine foot piano. 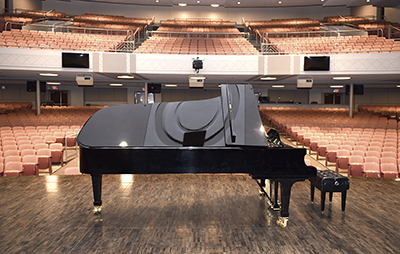 The new piano will be a welcome addition to both the Austin Symphony Orchestra and Austin High School music programs. Eric Johnson/photodesk@austindailyherald.com

One thing is for sure, the energy for music in Austin is starting to reach its peak, especially after the addition of the McPhail Center for Music this fall.

“The possibilities are really endless,” Akkerman said. “As if a $13 million dollar building wasn’t enough excitement, we had to get a $100,000 piano in the other room. People know it’s here and they want to see it, hear it and know all about it.”

Austin Symphony Orchestra president Kiven Lukes said the ASO is already looking to host a recital in November and bring in renowned pianist Marc Andrew Hamlin, who has received 11 Grammy nominations, to play in April of 2021.

Lukes said the new piano is a game changer for any pianists who get behind it.

“We were looking for a replacement for the old grand that was in Knowlton and we wanted an instrument that wasn’t just adequate, but exceptional,” Lukes said. “What it means is that no matter what musician we have, their expression is not limited by the instrument. It will do absolutely anything that that musician can imagine. It allows the finest musicians to give their finest performances.”

Lukes and Akkerman were both thankful for the donors who helped bring the piano to Austin and the piano is likely to impact current and future generations of music lovers.

“The symphony is really grateful for the donors that have made it possible,” Lukes said. “They share our vision of the importance of music in the community and their confidence in the future.”