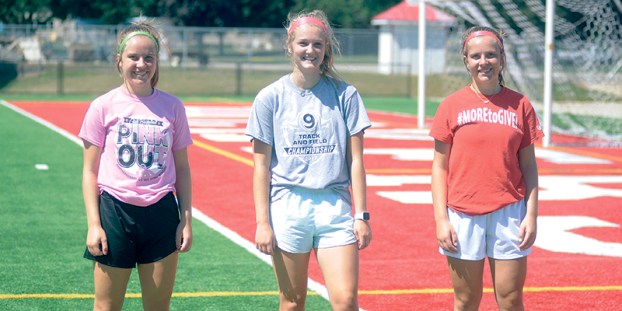 The trio of captains for the Austin girls soccer team have all been playing varsity sports since they were middle schoolers, so the start of a new season can sometimes seem routine for Hope Dudycha, Emma Dudycha and Eliana Bentley. 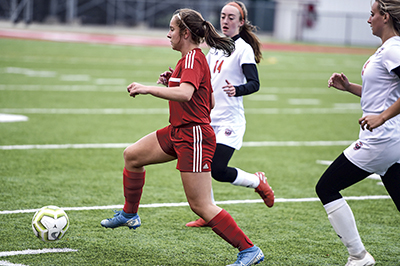 But there is nothing routine about this fall and there is nothing guaranteed as every coach and every player knows that the season is a COVID-19 outbreak away from ending in a split second. Bentley, who grew up watching her older brothers play for the Packers, is hoping to get the most of her final season with the Packers.

Bentley is one of the few seniors on the team, and the speedy striker is hoping to score a few more goals before she says goodbye to playing soccer for the Packers. 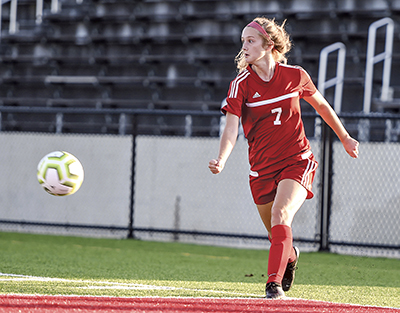 “I’m really going to make it count, because you never know if it’s going to get shut down,” Bentley said. “Soccer is kind of a break from the pandemic. You don’t have to wear a mask out here and that’s kind of nice.”

While there was no summer soccer season, Hope and Emma, who are juniors, were busy playing AAU basketball. They showed up to soccer practice ready to go and the team has brought a sense of normalcy to the sisters.

“It’s kind of weird when we get in a huddle we can’t get close to each other, and when we have to sit apart when we’re in the bleachers,” Emma said. “But when we’re playing, it’s like normal.”

While their focus is usually on basketball, the Dudychas have given the Packer soccer program a boost in recent years. Hope has excelled as one of the team’s top scoring threats and Emma has provided hustle and grit on the defensive side of the ball.

Hope is hoping she can get in as much of a season as possible this fall. 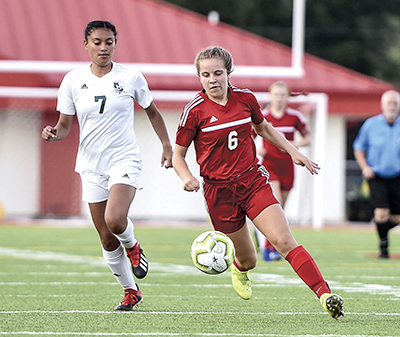 “We played soccer as a park and rec sport when we were little,  just like we did every other sport,” Hope said. “It’s going pretty well. We’re working on getting in shape and we’re getting used to playing soccer again.”

Austin head coach Jake Levisen said his captains are vital every year and that importance is magnified in the time of a pandemic.

“We want our captains to unify the team and keep athletes of all ages inspired. We want to push each other as individuals to achieve our best,” Levisen said. “We want to get everyone excited and have a great year.”

The Packers will play an All-Big Nine schedule this fall and they currently have a slate that begins when they host Faribault on Sept. 1 and ends when they host Northfield on Oct. 6. It is uncertain if fans will be allowed at games or if there will be any type of postseason.

Cooking through grief: Cookbook helps people in the kitchen during a time of loss

By Eric Johnson newsroom@austindailyherald.com Losing a loved one is never easy and can have a profound affect on those left... read more