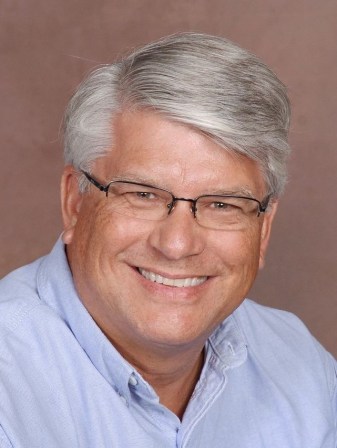 Thomas Alan Claussen went to heaven to be with his Lord and Savior on Tuesday, August 11, 2020.

Tom was a 1979 graduate of Austin High School in Austin, Minnesota. He graduated from Minnesota State University in Mankato, Minnesota, in 1983 with a degree in Business Administration.

Tom married Carol Hemenway, also from Austin, Minnesota, on December 17, 1983. Together they first lived in Kansas City where Tom worked for Payless Cashways and he and Carol moved to Houston in 1984. In 1997 Tom went to work for McCoy’s Building Supply where he spent the remainder of his career.

Tom was an avid volunteer at his church, Gloria Dei, in Houston where he was a member of the worship arts tech team. Sunday mornings will not be the same without his steady and enduring presence. He was a people person who embraced life and lived in the moment. Tom was a devoted husband, son and brother who was always the peacemaker, often through humor. He was “Uncle Tom” to nieces and nephews on both sides of the family as well as “Papa Tom” to his beloved god children. Tom was the first one to show up to an event and the last one to leave. He enjoyed capturing life’s moments with photos and sharing them, whether the pictures were new or old! When time allowed, Tom had a passion for playing golf and he loved the beach. He was well regarded and respected by his clients and colleagues. Tom was a story teller with an amazing memory for details, had a fun-loving spirit and was a light in the lives of those around him. He will be dearly missed on this earth.

The University of Minnesota and Minnesota Beef Council are collaborating on an overview study mapping the pathways Minnesota beef cattle... read more