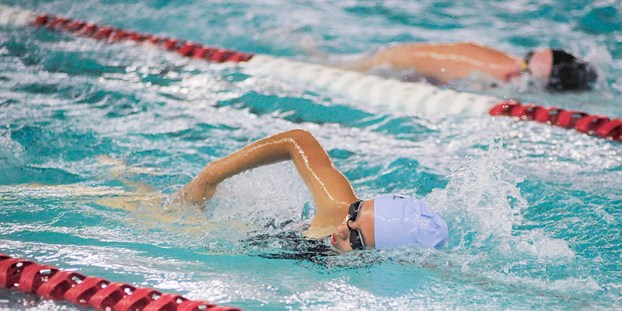 Rocky Hulne: Packers are ready for a season unlike any other

On the surface, it looked like a regular August night at Bud Higgins Pool.

A glimpse of sunlight was peeking through the doors at Ellis Middle School as Austin girls head coach Alexa Dolan Peterson was standing over the pool, leading a group of Austin swimmers who surged back and forth in the water below. In the corner of the pool, the Austin divers were going through their routine and getting up to speed.

But it didn’t take long to realize that this was not your typical swim practice and it was only the start of what will be a most unusual fall season. The swimmers had to remain in the pool while maintaining a safe distance from each other as Dolan Peterson wrapped up practice. When it ended, they all put on their masks and walked out in an orderly fashion.

It’s a strange routine that is becoming ordinary for the current generation of Packers, who are just happy to be in a sport after being sent home from school in March.

Austin senior Molly Garry enjoyed being back with her team, even though the atmosphere is far from what she is used to.

Garry has been a key swimmer for the Packers in recent years and she’s spent much of the summer swimming in Faribault or the YMCA in Austin. Without any team workouts, she and her teammates had to stay motivated.

“It was definitely different,” Garry said of the summer. “ You had to be on top of it all of the time and you have to work out. You had to motivate yourself and push yourself because nobody else was going to do it for you.”

While practice is strange enough, the regular season will be even more unique for the Packers. They will not travel for meets and there will be no fans. All of Austin’s meets will be held virtually this season, with teams tracking their own times and then comparing them after the races are finished. The season is just two months long and will wrap up with a virtual Big Nine meet on Oct. 17.

There is a chance that swimming and diving may hold section and state Meets, but those would likely be virtual meets as well.

Dolan Peterson has instructed her squad to focus on getting faster and to enjoy all of the time they have back in the sports world.

On guard: Vikings continue OL shuffle; Elflein on right side

EAGAN — The interior of Minnesota’s offensive line has been in frequent flux throughout the tenure of coach Mike Zimmer... read more