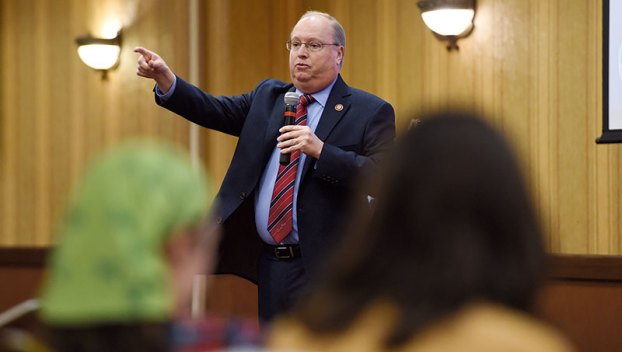 MINNEAPOLIS (AP) — Emails between Republican U.S. Rep. Jim Hagedorn and his staff show he was personally involved in decision-making about the high volume of taxpayer-funded constituent mail sent by his office, the Star Tribune reported Wednesday.

Hagedorn’s unusually heavy spending on constituent mail in the first quarter, some of it contracted out to a company owned by a staffer, consumed around one-fifth of his $1.4 million annual office budget, according to Legistorm, which tracks congressional spending. On average, members of

Congress spent less than 1% of their budget on mailings during the same period, according to the service.

Hagedorn is seeking a second term representing southern Minnesota’s 1st District. He faces a strong challenge in a rematch with Democrat Dan Feehan.

Hagedorn’s office announced this month that it had fired his chief of staff, Peter Su, over the matter. Hagedorn also drew scrutiny for directing printing jobs to a company owned or partly owned by John Sample, a part-time staffer in his congressional office.

“It goes without saying that Congressman Hagedorn routinely reviews the content of communications sent on his behalf to the media and constituents, but he had no role in selecting the vendors or approving the contracts,” Rachael Grooms, a spokeswoman for Hagedorn’s reelection campaign, said in a statement to the Star Tribune.

Grooms said Hagedorn became aware of the issue in mid-June and retained outside counsel for a review.

But emails obtained by the Star Tribune from a former Hagedorn staffer show that the congressman, in both 2019 and early 2020, managed at least some aspects of the constituent mail and was aware of high volumes. The former staffer insisted on anonymity for fear of retribution.

“We should send an updated mail piece on Cambria,” Hagedorn wrote on Sept. 5 to several senior staffers about a countertop manufacturer based in his district. “Our successful bipartisan efforts to punish China for illegal dumping of quartz products and stealing intellectual property has helped to defend

The newspaper also quoted from an email to staffers last August showing that he was involved in editing one mailer. Another that same month said the office had sent out 67,800 pieces of mail so far that year, and shared details about several upcoming mailers. Another message to Hagedorn that day included details about the mail volume and information about the counties of origin and demographics of constituents.

Minnesota Democratic-Farmer-Labor Party leaders called a news conference for Wednesday to comment. In a tweet Sunday, Feehan called for Hagedorn to explain his spending.

‘Fighting for you’: First lady makes her case for Trump vote