Patience in a pandemic 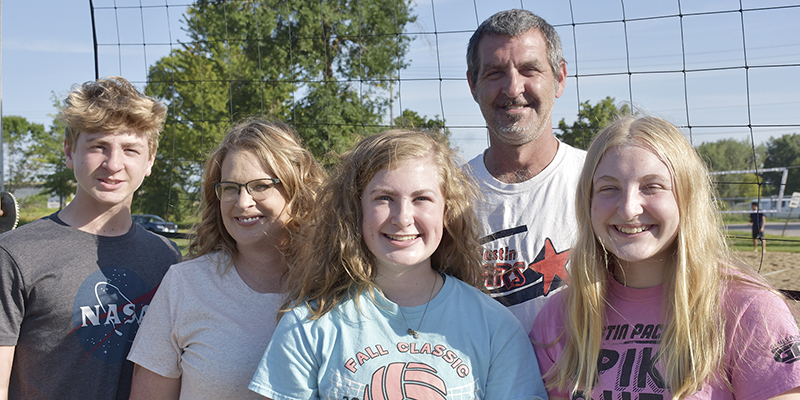 Andy and Melissa Retterath stand with their children, from left, Dakota, Madisyn and Alia. The Retterath’s are one of many families who have had their schedules drastically altered due to the COVID-19 pandemic. Rocky Hulne/sports@austindailyherald.com

This is the second of three stories on families with athletes during the COVID-19 pandemic.

With three student athletes in high school, this was going to be a big school year for the Retterath family.

It may be one of the most memorable years of their lives, but for a much different reason than they would’ve guessed around this time in 2019.

Instead of running back and forth to games, Andy and Melissa Retterath will spend a lot more time at home with their children Madisyn, a senior, and twins Dakota and Alia, who are both freshmen. 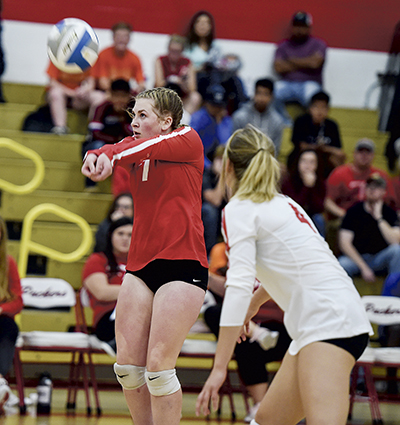 “It’s very different this year,” Andy said. “We’re usually not home much during the season and now we’re always home.”

Madisyn and Alia, who both missed out on softball season last spring due to COVID-19, have now had their volleyball season with the Packers pushed back to spring, assuming it is safe to play at that point.

Madisyn had to say goodbye to her senior softball teammates last year before she wanted to, and now she’s hoping the same fate does not await her during her last run as a Packer.

“Last spring was really hard. I started playing with those girls and it was hard not having that last moment with them,” Madisyn said. “This fall will definitely be different, that’s for sure. Usually it’s so busy, and now there’s nothing. It’s kind of hard.”

Dakota plays football, baseball, and basketball and he was able to play with a summer season with some of the All-Stars baseball players. The games did not allow post game handshakes in a sport that usually encourages camaraderie between opponents.

“It was different because you’re not used to not communicating with the other team as much,” Dakota said. “We had to stay away from them.”

Dakota has spent a lot of his down time getting out and hitting in the batting cage, golfing and biking with his family. Madisyn and Alia have worked out when they can and Madisyn picked up a summer job to keep her busy.

The Rettertath’s have had to learn to practice patience throughout the pandemic and they’re hoping a light at the end of the tunnel awaits them in the spring.

“It’s boring and it’s almost depressing because you’re used to doing things every night and now it’s like ‘what can we do to fill our time,’” Melissa said. “We’ve had more family time, but yet a lot of our family time is at baseball, softball fields or the basketball or volleyball court. It would break my heart if they can’t play in the spring. It is Madisyn’s last year and I’d like to see her get that experience.”

Madisyn, Alia and Dakota all said they are comfortable with competing when they are given the chance. Madisyn is willing to play whether there are fans or not.

“I’m not really worried about it. I just want to get back to it and play, especially with it being my last year,” she said. “(As far as not having fans), I’d rather just play. I don’t care who’s there, as long as I’m playing.”