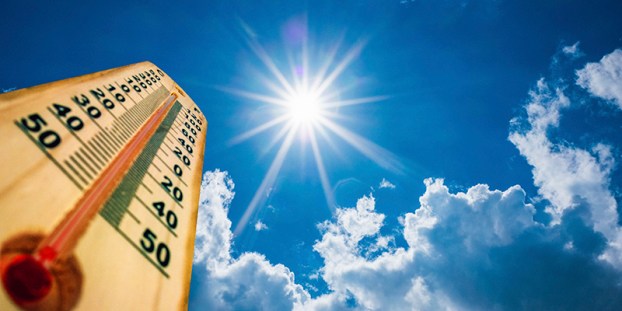 Despite some precipitation over the weekend, rainfall totals are below average for this time of year, according to Logan Lee, meteorologist for the National Weather Service in La Crosse, Wisconsin.

“It does look like the Austin area is in the abnormally dry category on the U.S. Drought Monitor, meaning the conditions are dry and a drought may be developing,” Lee said. “Part of what goes into a drought is rainfall deficits below normal for a while and the impact, particularly if your agriculture is becoming stressed and vegetation is becoming stressed.”

The NWS issued a heat advisory for the area on Monday, and has scheduled another one for today between 1-7 p.m. with heat index values of 100 to 105. Lee said the area will continue to see hot temperatures through Thursday.

“This week, at least through the first half of the week, we’re gong to see temperatures in the upper 80s and low 90s in the afternoon,” he said. “It’s a good idea to make sure you drink plenty of fluids, stay in an air conditioned area and check up on elderly neighbors to make sure they’re okay.”

Lee said there may be a chance of precipitation later in the week, though it was too early to forecast.

Ready for class: Pacelli ready for school year as it welcomes all classes back

Kane Malo had a rather auspicious welcome to the world of administration when he assumed the role of principal at... read more