Man charged with burglary and assault

Ruben Trevino, 49, of Austin was charged with felony first-degree burglary – assault person in building/on property, felony first-degree burglary – occupied dwelling, felony threats of violence, and gross misdemeanor domestic assault on Thursday in Mower County District Court. He was also charged with felony store methamphetamine paraphernalia in the presence of a child from another case. 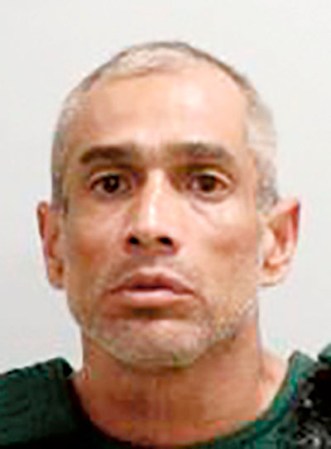 According to the court complaint, Austin police were dispatched to a domestic disturbance call on April 18 at a residence in the 700 block of 10th Street Northeast. An adult female reported that Trevino had kicked in the residence door and was threatening to kill another woman at the residence.

Officers arrived on scene and made contact with the victim, who was very distraught and had a red injury on her neck. She said that Trevino, who was not allowed at her residence, walked into the house through the unlocked front door despite her telling him he could not come over when he called and asked if he could. She said Trevino pushed her and strangled her, telling her he was going to “bust” her face as he did so. Trevino then released his grip on her neck and slapped her face. Police observed redness on the left side of the victim’s face.

The victim said she had called the reporting party  and told her that Trevino was inside her home. Trevino then rode his bike away from her house.

An officer located Trevino riding his bike in the area. Trevino said that nothing happened between him and the victim and that he met her in the alley and asked for his EBT card. He then made several comments indicating that he had not been in the house and had not assaulted the victim, even though the officer had not mentioned the victim being assaulted. Trevino then said that the victim pushed, slapped, and hit him on the left side of his face, but the officer did not observe any injuries on Trevino.

The officer later spoke with the homeowner, who said that he had told Trevino several times that he is not welcome at the house.

An officer spoke to the reporting party, who said she received a call from the victim that Trevino had broken into her house and was threatening her. The reporting party said she heard Trevino say he was going to kill the victim, so she hung up and called 911.

Trevino was arrested on Aug. 10 after an officer responded to his residence in the 1000 block of Third Avenue Northeast on a report he was paranoid and using methamphetamine. The officer spoke with Trevino, who indicated that he needed to get his prescriptions changed because they were not working for him. Trevino began removing his clothing because he was very warm and the officer observed a methamphetamine pipe in the waistband of Trevino’s underwear. The officer was aware that a child lived at the residence, so he arrested Trevino, who said that he “forgot” the pipe was on his person.

A review of Trevino’s criminal history shows prior convictions for theft, theft of a motor vehicle, robbery, burglary, escape from custody, criminal damage to property, drug sales and domestic assault. He is currently awaiting disposition on charges of fleeing a peace officer in a motor vehicle and driving while impaired.

In addition, Trevino was sentenced to 30 days in jail on Thursday for contempt of court.

Trevino will make an initial court appearance on Aug. 24.

This virtual online event will take the place of our cancelled 10th Annual Taste of Mower County that was set... read more