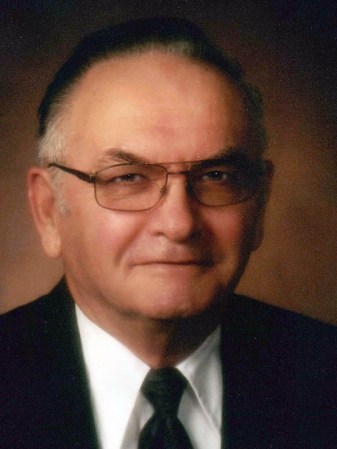 Ed was born December 23, 1931 in Black River Falls, Wisconsin to Harvey and Edna (Paulson) Harmon. He graduated from high school in Alma Center, Wisconsin in 1949. After school, Ed continued to live and work on the family dairy farm in Humbird, Wisconsin. Ed married Linda Pettis on July 23, 1955 at the Methodist Church in Augusta, Wisconsin. Later that year, Ed was drafted into the United States Navy where he served for two years. Following his time in service, Ed and Linda followed family to Austin, Minnesota where he worked for the Wagner Construction Company for over thirty years. Later he worked for ESI, building Shopko and K-Mart stores in the area. He retired in 2000.

Ed was a member of the First United Methodist Church, and the Austin Moose Lodge where he served for a number of years as Governor and Administrator. He was the head of the Labor Union in Austin for many years. He liked to hunt deer or turkey when he had time, but he really enjoyed woodworking and spending time in his garden. When his kids were little, he liked coaching 4-H softball. In his later years, Ed enjoyed watching the Twins and the Vikings.

He was preceded in death by his parents, Harvey and Edna Harmon; brother, Maurice Harmon, and grandson, Evan Champlin.

Private family services will be held with Austin Post #91, American Legion in charge of military rites. Interment will be in Grandview Cemetery.

Public visitation will be held on Saturday, August 15th from 11:00 am to 1:00 pm at Clasen-Jordan Mortuary in Austin.