3 injured in shooting in Albert Lea including one officer

An Austin man arrested during a DWI traffic stop made his first appearance on Wednesday in Mower County District Court.

Harley Manwell Roberts, 30, has been charged with felony second-degree drugs – possess 10 grams or more of methamphetamine and a firearm, felony third-degree drugs – possess 10 grams or more of a narcotic other than heroin, gross misdemeanor user of a controlled substance in possession of a firearm and firearm ammunition, misdemeanor fourth-degree DWI – under the influence of a controlled substance, and misdemeanor driving after revocation. 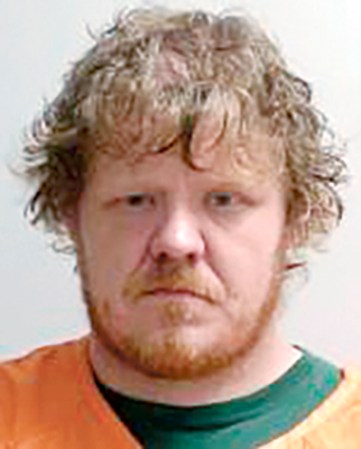 According to the court complaint, a deputy was on patrol at about 3 a.m. on Aug. 4 in Waltham when he spotted a 1999 Ford F150 parked on Main Street with the driver in the seat. The deputy ran the truck’s information and found that it was associated with Roberts, who had a revoked license and was cited two weeks prior in Austin for driving after revocation.

The deputy made contact with Roberts, who said he did not have a valid license. The deputy observed that Roberts had red sores on his face, was sweating despite a cool temperature, was making fast twitching body movements and that his pupils were dilated and slow to react to light. He then had Roberts perform five field sobriety tests, two of which he failed. Roberts was then placed under arrest on suspicion of driving under the influence of a controlled substance.

A search of Roberts’ vehicle produced the following items:

When asked about the pistol, Roberts said it belonged to his girlfriend and that he was aware it was in the vehicle.

At the Mower County Jail, Roberts agreed to provide a urine sample after the deputy obtained a search warrant. The sample was sent to the Bureau of Criminal Apprehension laboratory for analysis.

A review of Roberts’ criminal record shows prior convictions for receiving stolen property and drug possession.

Roberts will appear in court again on Aug. 13.