Just two days after almost everything went wrong, the Austin 18U baseball team cashed in with some big swings to punch out Mankato East 8-4 in the Southern Minny semifinals in Marcusen Park Wednesday.

It lasted just one inning, but Austin’s bats were on fire. 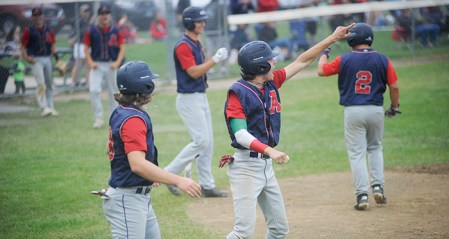 Austin’s Tony Ciola points to Dawson Mills after a three-run double by Mills put Austin up 8-0 in the second inning at Marcusen Park Wednesday. Rocky Hulne/sports@austindailyherald.com

Although it went hitless in the last five innings, Austin picked up all the offense it needed when it scored eight times in the bottom of the second inning. Dawson Mills put an exclamation point on the surge when he blasted a two-out, three-run double to the left field fence to put his team up 8-0. Mills also singled and scored earlier in the frame.

Mills, who was also solid behind the plate at catcher in the win, said this may be his last season playing organized baseball.

“It’s the last chance for a lot of us,” Mills, a 2019 Austin grad, said. “I was feeling good about the game tonight and I was ready to come out and play and compete. On the first at bat, he gave me a pitch down the middle and it was a little slower than I expected, but I was able to get it. In my second at bat, I had my first pitch right where I wanted it.”

Austin sent 12 hitters to the plate in the second, stacking up six hits and scoring eight times in the frame.

Jackson Oehlfke takes a swing for the Austin U18 baseball team. Rocky Hulne/sports@austindailyherald.com

The Austin defense stepped up big time in the fifth inning after East put together four hits to get within 8-2. East had the bases loaded with one out, when third baseman Jackson Oehlfke scooped up a grounder and threw to home for the second out of the inning and Nick Dunlap made a diving grab in left field to save at least two runs and end the frame.

“I knew I had to make a big play with the opportunity I was given,” Dunlap said.

East added two more runs to inch within 8-4 in the sixth, but Cole Walter came in as a relief pitcher and immediately snagged a line-drive and threw to first for an inning ending double play. 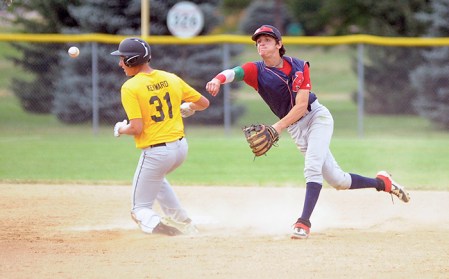 Austin will play for the final time this summer when it hosts Rochester Mayo in the Southern Minny championship in Marcusen Park at 6:30 p.m. Friday.

“I’m really pumped up,” said Dunlap. “I think everybody on the team feels the same way. For a lot of us, this is the last time we’ll be able to play with these guys and I think everyone is excited.” 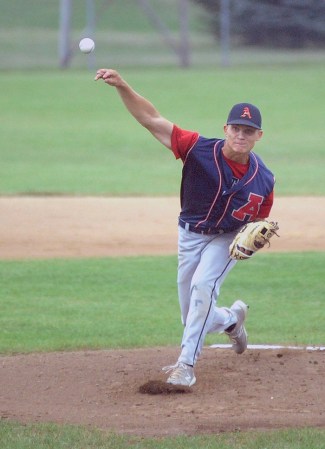 The Meadow Greens Ramsey Ladies Day was held on Aug. 4. The play of the day was 3 Club Monte.  Winners... read more