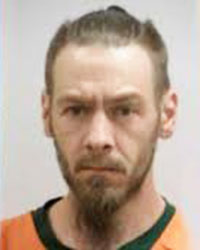 Court documents state that on April 16, 2019, an adult female reported to law enforcement that an 8-year-old girl, who was known to Corporon, had disclosed that he had sexually abused her. She stated the victim had previously stayed with Corporon, but noticed her attitude began to change and she no longer wanted to stay with him. She indicated that a speaker had gone to the victim’s school and talked about “good touch/bad touch,” after which the victim said that Corporon had touched her inappropriately.

A detective interviewed the victim, who indicated the abuse began when she was seven. She said she told him no, but that he offered her candy after a few days of her telling him no. She was able to show the detective what happened on an anatomical model. She said it would happen in the bedroom and that Corporon would try to get her to take her clothes off, which she refused.

The victim was able to identify the difference between “good touch” and “bad touch.”

A friend of Corporon was interviewed and told law enforcement that Corporon appeared to have a normal interaction with the victim, though there were times he felt uncomfortable when Corporon and the victim would be alone in Corporon’s bedroom.

Law enforcement interviewed Corporon, who said the victim would sometimes be in his bedroom to use his tablet, but that he only went in there to get a cigarette or vape. He denied the allegations, saying he had never been alone with her long enough to sexually abuse her and that he always left the door open so he would not get blamed for something like that.

In addition to probation, Corporon must spend 90 days on electronic home monitoring, follow 35 conditions, including no contact with the victim or unsupervised contact with anyone under 18 or vulnerable adults, and pay $11,065 in fines and fees. Failure to follow the conditions could result in 36 months in prison.

The staff of the Austin Daily Herald deserves praise for running a recent Q&A article asking mayoral candidates on what... read more