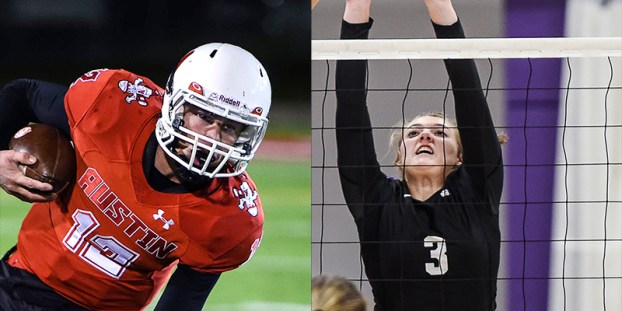 A change of seasons

While the waters ahead remain foggy, the Minnesota State High School League shed a little bit of light on the future of sports during the 2020-2021 season when it announced some big changes to battle the spread of the COVID-19 virus.

The MSHSL has announced that soccer, cross country, girls swimming and diving will compete this fall, while football and volleyball will compete in the spring.

All fall sports will have shorter seasons, no large meets and less events. Spring sports will be pushed to a later start time and will likely go into summer.

The shuffle in schedules and current threat of the COVID-19 has made life difficult for school administration across the country and it is no different in Austin, where Activities Director Lisa Quednow can finally begin planning for the future instead of calling everything off.

She said that a lot of thought and discussion has gone into the MSHSL’s plan.

“It’s exciting for those kids and those coaches who will get an opportunity to play this fall and it’s kind of a heartbreak for those that won’t, but eventually I think they will get that opportunity,” Quednow said. “There have been so many hours spent by people having input. There is never going to be a great situation right now, it’s just making the best of our options. We just hope people are patient, understanding and try to support the kids and coaches.”

Although competitions will be held this fall, things will look different. Cross country meets will have to include three teams or less and soccer teams will play a season that is 30 percent smaller with a 20 percent reduction in contests.

It is also unlikely that any state tournaments will be held, which means the focus could shift toward conference titles.

“Indications would lend us to see the culminating activity would probably be more local,” Quednow said. “The recommendations are that we play locally or stay in conference with schedules.”

The announcement was good news for some athletes and bad news for others, but it was great news for the Packer boys soccer team, which has played in the last three Minnesota Class A State Tournaments. While some of the details on travel, practice limitations and scheduling are still hazy, Austin head coach Jens Levisen is thrilled to start thinking about soccer again.

“I’m sure that I’ll have a lot of players who are pretty excited. That question mark has been removed and it’s just a matter of flushing out the details,” Levisen said. “I think it’s going to be huge for our players. For a number of the players, one of the biggest motivators to keep them going in school is the relationship they have in soccer. That will motivate them in academics and it will feel a little bit more like ‘normal’ now.”

Austin did not have a youth summer soccer season, but many of the players stayed busy on their own. Levisen is expecting his team to be ready to play, but he’s not sure how things will go early on.

“I know kids have been busy and it’ll be interesting to see where they come in physically,” Levisen said. “It’s definitely something that they didn’t want to give up.”

The Packer football team went through a year of change last year when Ed Schmitt took over as head coach. Now the team is going through an even bigger change with the season being set to be played in the months of March, April and May. That schedule puts football right in between basketball and baseball seasons and even towards the beginning of some AAU schedules.

“With basketball being a primary sport for some kids baseball being a primary sport for other kids, now we’re right in the middle of them,” Schmitt said. “Depending on how far the basketball season goes, there is still an unknown. There are still a lot of questions, but at least we know when the season is. The number one question I’ve had from my kids is ‘are we going to play?’ Some of the fear was that it would be cancelled.”

Schmitt is hoping the Packers can practice in the dome leading up to the season, but at this point it is unclear when and where contact with players will be allowed.

“We want to make sure the kids are prepared for whatever sport season they are in,” Schmitt said. “We just want to stay in contact with them.”

The MSHSL has not held an event since March 12 as both boys and girls basketball state tournaments were called off and the spring season was cancelled due to COVID-19.

If a school is in distance learning, based on the numbers the Minnesota Department of Health numbers released last week, a school will not be able to participate in sports until it has students in school again

‘Karl’s Tourney’ is on with an online fundraiser

Cancer research will be moving forward with the 23rd annual Karl’s Tourney, going forward in a new format so pediatric... read more