9 running for school board

Editor’s note: This is the first in a series or articles looking at those running for Austin Public Schools Board this Nov. 3.

This election year, the Austin Public Schools Board will need to fill three seats, which shouldn’t be a problem as nine people have thrown their hats into the ring.

Two of those running will be vying for the seat of Don Fox, who is stepping down two years into his current term and include Katie Ulwelling and Carol McAlister.  The winner will start on Nov. 9 while the winners of the four-term seats will start the beginning of January

The seven remaining include incumbents Don Leathers and current chairperson of the board Carolyn Dube, along with Cece Kroc, Al Eckmann, Ryan Norton, Evan Sorenson and Varinh Van Vugt, all running for four-year terms.

In particular, one of those seats is an open seat left vacant by Dick Lees, who will also be retiring.

Below are three of the candidates who will be running for a chance to serve on the board this November. 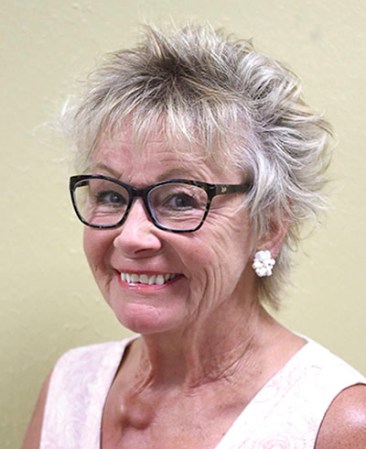 Katie Ulwelling is a life-long Austin resident that not only has gone through the district herself, but has seen her three children go through the system and has two grandchildren who are attending schools.

She also brings a long resume of involvement, both in the district as well as outside of the district, that included an Austin Teacher of the Year honor in 2000 and a top 10 finalized that same year in the state running.

She’s been a teacher for the deaf and hard of hearing for over 20 years, during which she has served students up to 21 years of age.

In 2013, Ulwelling retired, but remained active, currently sitting on the board of the Austin Alumni and Friends association. She has also served on the Continuing Education Committee as an APS teacher, including as chairperson, and finally serving as a community representative.

She volunteered in K through fourth grade classrooms and teaches visual phonics, which is a strategy for helping children understand reading and writing.

All these things, along with plenty more, are keeping Ulwelling busy in the community.

“It’s sort of one of those things that I’m retired now and I’m going to relax,” Ulwelling said. “This past year, I did some visiting around the schools and I have had a lot of people encouraging me.”

Ulwelling said that the two-year position, which would start on Nov. 9, is a perfect situation for her to try a hand on the school board.

“The two-year position is a perfect time to dip my toes in the water and see if it’s a good seat for me,” she said. “This was a good way for me to explore.”

Playing off the three ‘L’s in her name, representing that “I’m a listener, learner and leader” serving as a guide, for her time should she be elected, Ulwelling has a specific three-pronged target she would like to work on.

“My goals are wanting to improve reading scores across the district,” she said. “I would like to figure out a more consistent and successful way to teach the writing process and I would like to explore ways to continue to enhance the education of our diverse student population.”

Ulwelling will be running against Carol McAlister. 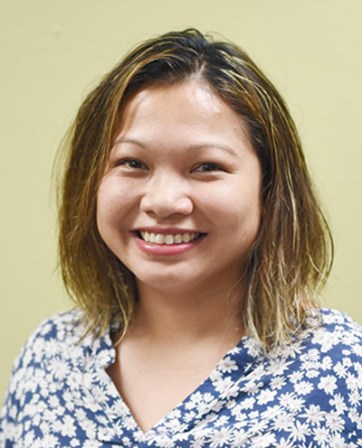 Varinh Van Vugt, together with her family, emigrated to Austin in 1986 from a refugee camp in Thailand after her family had fled from her homeland of Laos. At once found a welcoming community to which she now wants to give back.

“Everything has contributed to who I am today as a product of this community,” Van Vugt said. “All these amazing people that make our city up.”

Van Vugt graduated from Austin High School in 2003 and currently has a fourth-grader and kindergartener enrolled in APS.

Van Vugt took a step back from her own learning in the following years, choosing instead to spend time with her children through their learning.

“I took a step back from my learning to help my children bloom,” Van Vugt said. “I’ve been thinking about ways I can support the school that has made a really big impact on my life.”

Van Vugt is one of those running with no prior experience in education, but it doesn’t stop her from wanting to be a part of helping the district.

And she doesn’t feel it puts her at a disadvantage.

Should she be elected, Van Vugt said she wants to champion those services available to students and the family and help get the word out even more so no child is left wanting in their education.

She cites the Austin Assurance Program as one such service that puts the education of students to the forefront.

“I think it really is getting the word out to parents about the services that schools provide for families,” she said. “I’m really amazed by the attention the district puts toward enriching the whole child.” 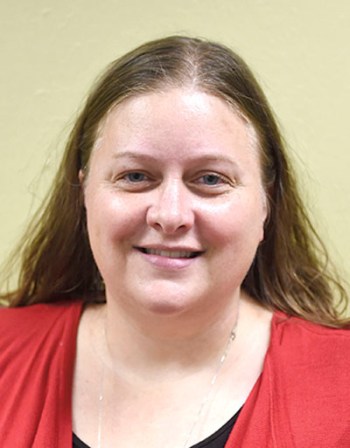 Carolyn Dube is rounding out her first term on the school board and for the last two years has been the chair person for the board.

Dube comes to the position from a long line of education, having taught K-12 just over 15 years ago, followed by a move to higher education. Currently, she works for Capella University in curriculum and instructional design.

Aside from brief stints in Phoenix, Arizona, and Fargo, North Dakota, much of Dube’s life has been spent here in Austin, where her parents owned a donut shop.

Dube said that working on the board has been an eye-opening experience.

“It’s not dull,” Dube said. “I would say I came into it knowing what I knew from previous teaching experience and perspective as a parent.”

The first two years took a lot of work getting up to speed on procedure and policy, but Dube credits Superintendent David Krenz and other board members in helping getting familiar with the process.

“I’ve learned so much about what it really rakes to run a school district and it has been very rewarding,” Dube said. “I’ve always considered myself a life-long learner. I’ve been in a position to advocate for our kids and not my own personal kids, but the kids of Austin.”

Dube said she feels like she’s in a good position to continue on the board, pointing out the fact that many of told her it takes a term to truly getting acclimated to all that the school board is.

She feels as if she is coming from a good place to make a positive impact on the district. Part of that is the growing space issue the district is starting to grapple with.

“The referendum for the CLC and to create an addition onto Woodson was a tough loss, but it reaffirmed that it was not the best timing,” she said “I know that much of the work we do is not short term decisions. I’m ready to dive in on the hard work it takes to make those improvements in the district happen.”

‘We need to train accordingly’

The COVID-19 pandemic has impacted schools all over the nation, and Riverland Community College in Austin is no exception. While... read more