A Spring Valley man allegedly found to be in possession of just under 50 grams of methamphetamine made his first appearance on Thursday in Mower County DIstrict Court. 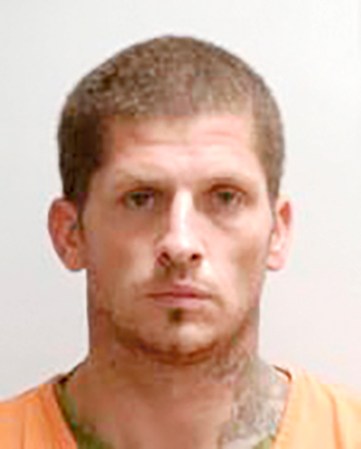 According to the court complaint, a Mower County deputy clocked a 2005 Ford F150 driving 77 miles per hour in a 55 mile per hour zone at about 6:30 p.m. on July 21 near the intersection of County Road 1 and 560th Avenue. The deputy initiated a traffic stop and made contact with the driver, Volkart, who said he did not have a valid driver’s license. The deputy observed that Volkart’s pupils were constricted, his hands were twitching, and he displayed fast body movements.

Volkart was arrested for DWI after failing three of five field sobriety tests. He denied using drugs when asked about recent drug use.

Another deputy arrived on scene and assisted with the search of the Ford. The following items were recovered from the vehicle:

• A marijuana pipe; and

Volkart was transported to the Mower County Jail and the Ford was towed from the scene pending forfeiture. At the jail, Volkart provided a blood sample, which was sent to the Bureau of Criminal Apprehension laboratory for analysis, after deputies obtained a search warrant.

A review of Volkart’s criminal history shows prior convictions for assault, fleeing a peace officer and drug possession.

Volkart will appear in court again on Aug. 6.

Time to look back

With our Travel Office closed at the Mower County Senior Center Office, it allows time to look back and reminisce... read more